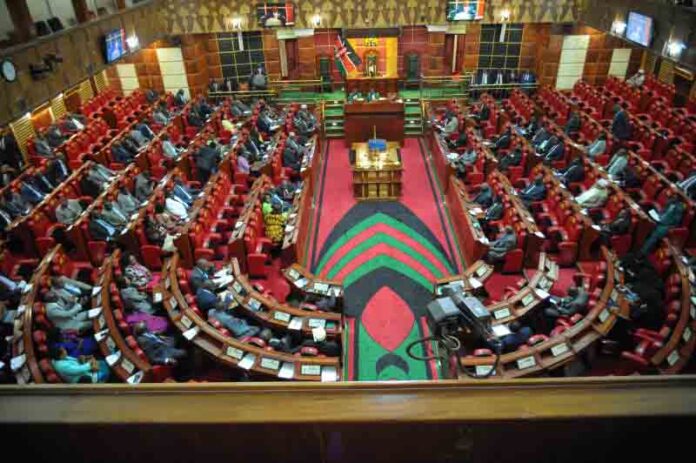 Parliament has moved closer to the first constitutional amendment as legislators seek to entrench the National Government Constituencies Development Fund (NG-CDF) in the Constitution.

The legislators also want to establish the Senate Oversight Fund, and the Economic Stimulus and Empowerment Fund.

It will be the first constitutional amendment attempt in the President William Ruto’s regime.

The National Assembly and the Senate have appointed an 18-member Joint Parliamentary Ad Hoc Committee on the Constitution of Kenya (Amendment) Bill, 2022.

For MPs, it will be about securing the Ksh44 billion for CDF that Supreme Court in August ruled that it violates the principle of separation of powers, a ruling that took the kitty from lawmakers, occasioning protests from MPs.

It also seeks to amend Article 204 of the Constitution to entrench the National Government Affirmative Action Fund (NGAAF), which is controlled by 47 Woman Representatives.

But the lawmakers have dismissed the Supreme Court ruling, arguing the current fund is being implemented under a new law – NG-CDF, 2015 and not the CDF Act, 2013, which was declared unconstitutional.

Each constituency receives at least Ksh137 million and the legislators have used the kitty for community development projects.

CDF funds are to be used exclusively to support projects under the functions of the national government. In many instances, they have been sued to build schools, health centres and bursaries for school going children among others.

He wants the fund pegged at not less than one percent of all the national government share of revenue as divided by the Annual Division of Revenue Act.

The Bill also proposes the establishment of the Senate Oversight Fund whose monies shall not be less than 0.5 percent of all the national government share of revenue determined by the Annual Division of Revenue Act.

On amendment to the Constitution by a parliamentary initiative, Article 256 of the Constitution states that the bill will not be called for second reading in either House within ninety days after the first reading of the Bill in that House. It will have been passed by Parliament when each House of Parliament has passed it, in both its second and third readings, by not less than two-thirds of all the members of that House.

Once passed, both Speakers will jointly submit to the President the Bill for assent and a certificate that the Bill has been passed by Parliament.

The President will assent to the Bill and cause it to be published within thirty days after the Bill is enacted by Parliament.