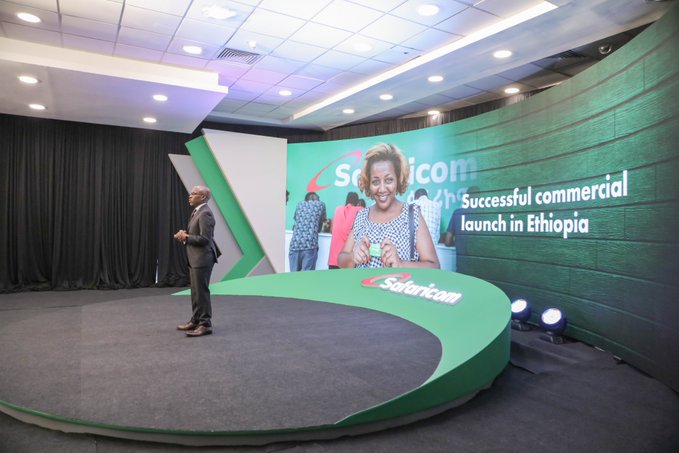 Safaricom Ethiopia has registered its first revenue of Ksh98.3 in its first reporting cycle since launch of its commercial operations.

The Service Revenue for the period ended September 30th 2022 was Ksh9.1 million while Total Revenue including handsets sales was Ksh98.3 million.

Speaking on these revenues, Safaricom CEO Peter Ndegwa said that they are pleased with the commercial progress made in Ethiopia since launch of operations early last month. “Most importantly we are enthusiatic on the growth opportunity in Ethiopia, with over 740,000 customers so far and 20,000 new customers joining the network daily. We are also encouraged by data and voice usage levels with 711 MBs average usage per active data customers and 30 minutes of Use per active voice customers for the month of October” Peter Ndegwa, Safaricom PLC CEO.

Mr. Ndegwa, noted that, Safaricom had invested over US$598 million in Ethiopia operations and was encouraged by the early uptake of their services, great customer feedback on the quality of their data experience and the revenue contribution by the Ethiopia unit.

He added that the Government of Ethiopia has also committed to award Safaricom with the mobile money license which will boost commercial efforts, with a greater focus of driving financial inclusion and digital acceleration for the people of Ethiopia.

The telco set to hit one million customers next week as operations in the new market continue to show the momentum for growth.