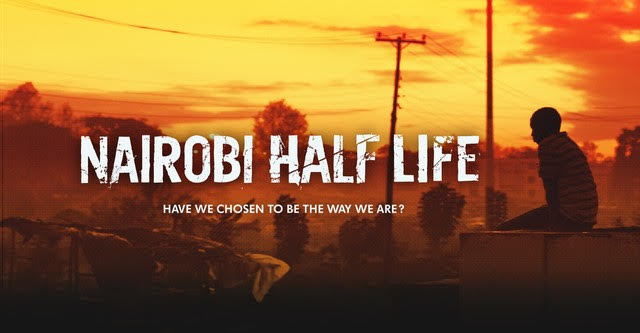 Nairobi Half Life is now streaming on Netflix, providing the world with an opportunity to watch biggest theatrical success for a local film.

Released in 2012, and produced by One Fine Day Films and Ginger Ink and globally distributed by Rushlake Media, the film celebrated its 10th anniversary this past weekend in Nairobi with cast and crew in attendance.  The film also made its Netflix debut on Friday, 21 October where it is now available to the streaming service’s 223 million members in 190 countries.

The emotional universal themes of the story, a well-nuanced script, and powerful acting performances from actors such as break-out star Joseph Wairimu, who won The Best Actor award for his portrayal of Mwas at the 33rd Annual Durban International Film Festival, are just some of the highlights of the film’s success.

Funded by the Bundesministerium für wirtschaftliche Zusammenarbeit und Entwicklung, Film und Medien Stiftung NRW, ARRI Film&TV, the Goethe- Institut Nairobi and in collaboration with Deutsche Welle Akademie, the film took Kenyan audiences, as well as those at film festivals around the world, and was the first Kenyan Blockbuster with over 20,000 admissions in national theaters and a cinema run of 25 weeks.

From there on the film continued to make waves around the world, winning 22 awards and being screened 72 festivals worldwide including AFI Film Festival, Durban, Kalasha Film Festival, IFF Rotterdam, Busan Int. Film Festival, SaoPaulo Int. Film Festival, and The Zurich Film Festival. The film was selected as the Kenyan entry for the Best Foreign Language Oscar at the 85th Academy Awards and marked the first time that Kenya submitted a film in this category. In an achievement unprecedented for a Kenyan film, the movie was shown in 46 theaters across in the USA in 2013.

This past Saturday October 22nd, the cast and crew gathered at Westgate Cinema in Nairobi, the same place where the film celebrated its local premiere over a decade ago to celebrate this important milestone.

Even today, 10 years later, Nairobi Half Life is still the benchmark for success in the East African film industry. In a timely coincidence, the film will also shortly premiere on Netflix globally along with a variety of titles from the Ginger Ink and One Fine Day Films slate, distributed by Rushlake Media, Supa Modo, and coming soon, Lusala and Something Necessary.