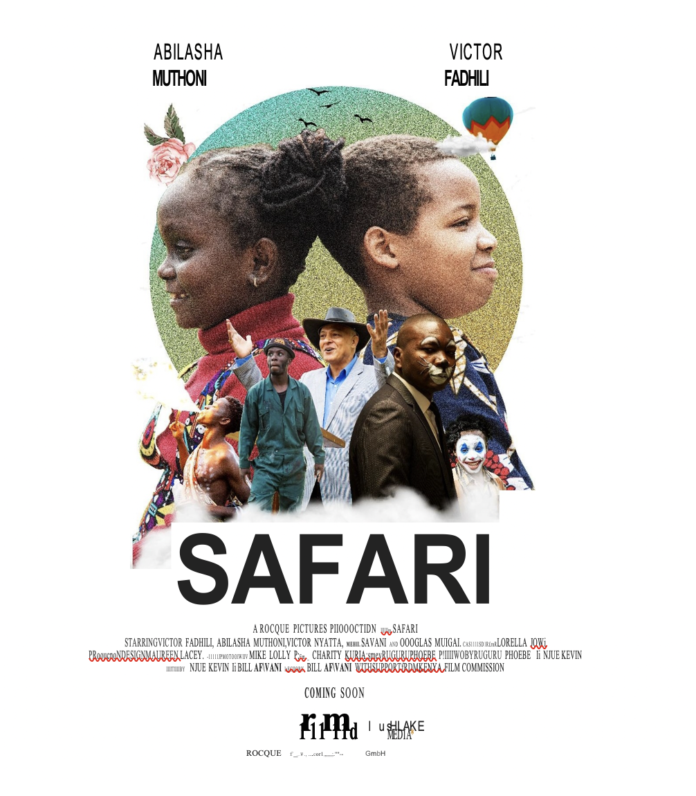 The Kenyan film Safari, will have its world premiere at The Cinekid Festival in the Netherlands on 17 October 2022.

The film produced by Rocque Pictures Ltd, directed by Kenyan Bill Afwani, and distributed by Rushlake Media acquired the film for international sales prior to the festival selection and will represent the film globally.

Safari is the latest film aimed at young audiences, following on from the company’s global success with the films Supa Modo and Liyana.

Safari, a wheelchair-bound boy is taken on an adventure by the cheeky girl next door Kiki. Together, they try to see as many wild animals in real life as possible – and above all elephant Jumbo. But they come across evil poachers who make money hunting animals.

The tale of Safari and his friend Kiki’s adventure touches on many elements of life in rural Kenya today, from living with disabilities to poaching yet still manages to convey the playfulness of traditional children’s adventure stories.

Director Bill Afwani explains the inspiration for the film, “In my childhood, heart-warming movies of adventurous kids having fun at the same time escaping perilous grounds always transported me to a visceral fantasy world that I wished I could physically experience. Movies like Home Alone, Free Willy, and Africa United that showed fun-loving children in dangerous situations exhibiting heroic characteristics kept kids glued. Safari is the movie I wish to have watched when young.”

The film was partially funded by the Kenya Film Commission, a state corporation under the Ministry of ICT, Innovation and Youth Affairs.