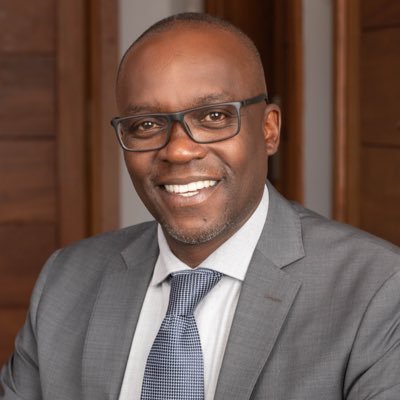 Mr. Musunga joined EABL from a highly successful career at GlaxoSmithKline (GSK), where he was the Vaccines Market Leader with GSK’s Global Vaccines Category and had business responsibilities for Sub-Saharan Africa, South Asia, and Eastern Europe. He has over twenty-five years’ experience in senior local, regional and global roles.

He had joined KBL 19 months ago from GlaxoSmithKline where he was Managing Director and General Manager of GSK’s Kenya and East Africa Business as well as the Head of Supranationals for GSK Global Vaccines. He had worked for the company for two decades.

In an article published by Business Daily last month, he shared his experience growing up with a father who had been wrongly accused of being part of the 1982 coup d’etat. “He was on leave during the coup [attempt] but he was told to plead guilty”, he said.

The 52-year-old also admitted to being a functional introvert and prides his success in getting things done.

According to an article on his profile on the EABL’s website, he has lived and worked in Kenya, South Africa, and Belgium.

“Mr. Musunga also holds considerable strategic and leadership experience, having overseen market share growth, delivering double-digit profit growth repeatedly, and more than quadrupling the size of the GSK business during his tenure in Kenya and East Africa”, it reads.