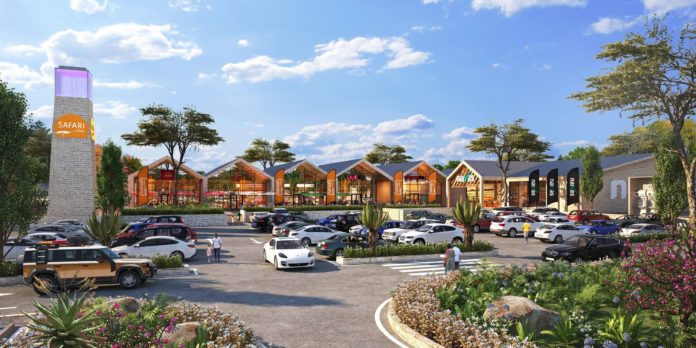 The centre’s electric charging points are the first outside Nairobi and will make it possible for high-end electric vehicles to drive from Nairobi to Kisumu and back, by charging each way at the Naivasha Safari Centre. This is the biggest expansion yet to the distance electric vehicles can cover in Kenya and comes ahead of government plans to add charging stations countrywide.

“Car ownership and travelling have changed completely in the last decade and are set to change even more as Kenyans, who now register seven times as many cars each year as they did 15 years ago, also begin to shift towards electric vehicles (EVs). All these trends have created demand for a new kind of service station for travellers on the country’s vastly expanded and upgraded highway network,” said James Hoddell, Founder and Director of Dowgate Properties.

Kenya has one of the highest rates in the world of lethal road accidents, with the majority taking place on the three major highways of Nairobi to Thika, Nairobi to Mombasa and Nairobi to Nakuru and Eldoret. These roads also account for most of the country’s 80-plus accident hotspots.

Tiredness causes around a quarter of all fatal and serious road accidents, with tiredness-related crashes most likely to occur on long journeys on monotonous roads or highways, according to The Royal Society for the Prevention of Accidents in the UK. Stopping the vehicle in a safe place, drinking a caffeinated drink and taking a short nap are the only ways to relieve dangerous levels of tiredness while driving, the society reports.

“Drivers need to be well-rested and refreshed, in order to be vigilant, alert and safe,” said Derrick Ngokonyo, the Naivasha Safari Centre Manager.

The Naivasha Safari Centre is being anchored by supermarket Naivas and a wide range of eateries, including ArtCaffe, Chicken Inn, Creamy Inn, Galitos, and Pizza Inn. It also offers a car wash, pharmacy, children’s play areas and events, as well as an entirely new kind of designer-rest room, under Dowgate’s high-tech rest-room brand, Loo4U, a petrol station, curio shops and a Dr. Mattress store.

Naivas has opened at the Safari Centre with plans to service some of the 400,000 local shoppers in and around Naivasha, as well as the estimated 200,000 travelers a month who are expected to stop at the service centre.

The Safari Centre is the first of many, now at various stages of construction by Dowgate Properties, with the next due to be built on the Nairobi to Nyeri road at Makutano in Kirinyaga. With further electric charging stations at Makutano, the developer’s second centre will ensure it is possible to travel from Nairobi to the Mount Kenya region by electric vehicle.