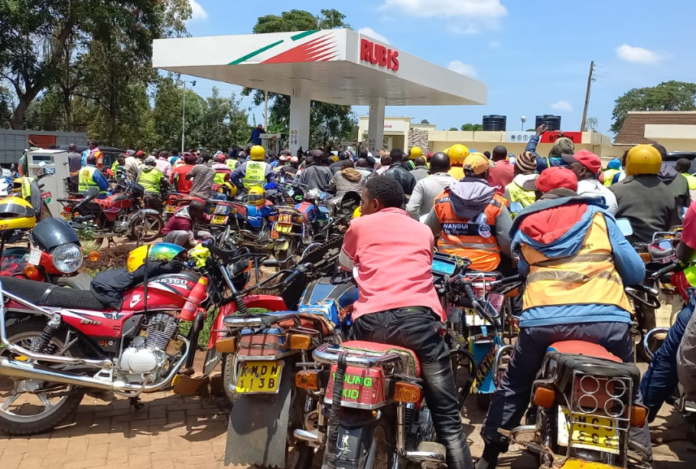 The Kenya Association of Manufacturers (KAM) has called on the government to abandon the fuel subsidy program, stating that it has broken down and cannot be sustained amidst cash constraints.

In a statement, KAM Chair Mucai Kunyiha said the lack of easily accessible fuel is a strain on our operations and a poor advertisement of Kenya’s ability to manage our national affairs. “We are urging the government to abandon the subsidy system to enable stable supplies in the market, and to suspend some of the taxes on fuel as an alternative mechanism to shield the country from the high cost of fuel.”

He added that as global oil prices have risen, the government’s capacity to subsidize has been revealed as woefully inadequate.

In the recent weeks, fuel shortage has returned to haunt motorists as uncertainties over the State-backed subsidy ahead of the monthly review of pump prices persist.

Outlets across the country are finding it, difficult to serve customers.

The government turned their guns on marketers and a few days ago deported Rubis Kenya CEO Jean-Christian Bergeron, back to France for what it termed as taking part in economic sabotage.

Already, the government is planning to boost the National Oil, its own entity, capacity to import a third of fuel, in a bid to reduce reliance on oil marketers.

Fuel prices would increase by up to Ksh40 a litre in the absence of a subsidy, pushing the cost of petrol and diesel to Ksh174.72 and Ksh155.60 respectively in Nairobi — which will be the highest in Kenya’s history.