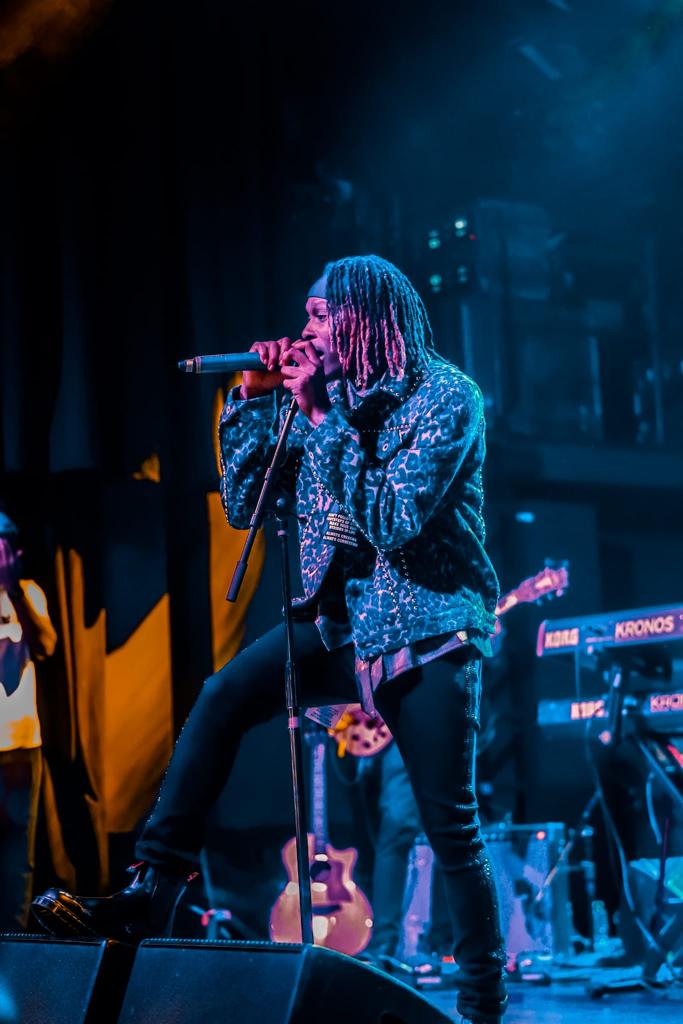 Popular Nigerian singer Fireboy DML is set to land in Kenya on Friday 8th April to perform at a concert in the city at the Ngong Racecourse, Waterfront Park on Saturday 9th April.

The event will feature Kenya’s top artistes including Nviiri the storyteller, Bensoul, and top DJs namely DJ Grauchi, DJ Shinski, Moh Spice, DJ Kym and K The DJ in a fire combo geared to keep revelers on their feet. Ticket sales for the Fireboy concert are ongoing @mticketsevents.

Adedamola Adefolahan, known professionally as Fireboy DML, put the Afro music world on notice with when his breakthrough single “Jealous” first appeared on YBNL Nation’s collaborative album YBNL Mafia Family (2018), before being re-released on 25 March 2019. The song; composed of guitar riffs, traditional drums, and percussion; captivated audiences across the continent.

“We are excited to host Fireboy in Kenya for the first time and give an electric performance to our loyal consumers who are looking forward to meet him. The artist is also part of the ongoing Guinness campaign dubbed “Black Shines Brightest” a Pan African campaign celebrating the iconic black liquid enjoyed all over the continent for over a century. Guinness is working with real culture makers from across the continent including Tanzanian Artist Nandy who demonstrate how Black Shines Brightest in a range of different ways. The critically acclaimed artist is set to showcase his talents on the Kenyan stage for the first time”, said Guinness Marketing Manager, Wanjiru Murage.

Fireboy DML has continued to rise as an afro-pop star. The artist has over 250 million streams worldwide, with his greatest hallmark featuring Ed Sheeran to create his latest hit, ‘Peru’ the song has since been a club banger, greatly appreciated among the Kenya audience.

His song Scatter from his debut album Laughter, Tears and Goosebumps was included in the FIFA 21 game soundtrack and his hit “Champion” was used by FC Bayern Munich for their 2021 UEFA Super Cup celebrations.

Fireboy DML describes his sound as “Afro-Life” and said he writes songs that audiences can relate to. His sound has been characterized as “slow-groove pop” and is said to tell stories centered around love and the complicated feelings that go along with it with an adept formulaic structure.

His music has successfully combined African harmonies with elements of country and soul music and is set to thrill his fans during his highly anticipated live performance in Nairobi.