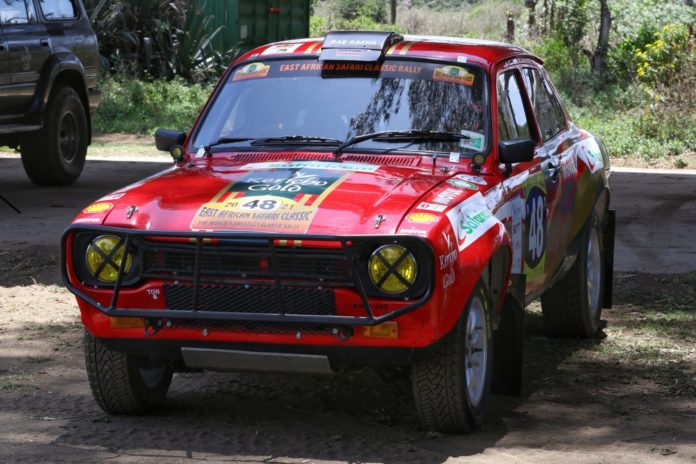 In part sponsorship from Safaricom, the telco will pilot an IoT (Internet of Things) powered Telematics solution which integrates with the vehicle’s on-board computer, collects information on several parameters that are accumulated and recorded at the end and start of each trip. This provides insights into journey duration, vehicle speed, route information, fuel consumption and driver behaviour.

“As part of our journey to becoming a fully-fledged technology company, we are in the process of testing new IoT solutions which will allow systems, processes, machinery and ‘things’ to become truly interconnected and interoperable. This technology delivers a clear overview of what is happening in every part of an ecosystem, without disrupting operations. The Telematics offering which we are piloting at the East African Safari Classic Rally allows for visualization of information relating to vehicle performance and efficiency, vehicle status and driver behaviour; providing key information to better manage any fleet”, Said Peter Ndegwa, CEO, Safaricom.

The telematics pilot is part of a sponsorship deal that has seen Safaricom commit Ksh1 million in support of Raaji’s quest for a podium finish at the East African Safari Classic Rally.

“We are grateful to Safaricom for their sponsorship and honoured to be piloting their new smart vehicle tracking system. As far as our team’s ambition for the rally is concerned, firstly we want to ensure the car is in one piece after each leg and secondly to be among the top finishers”, said Raaji

The team has posted some impressive results in classic rallies including finishing first in their category (two litre), and 6th overall in the 2015 edition of the East African Safari Classic rally and a third-place finish in the inaugural Mini Classic rally.

In the inaugural Rift 1000 Classic rally run over three days, Raaji and his team emerged overall winners and in the recent Mini Classic held in the Amboseli, they finished 4th overall and 1st in their category.

The rally will begin with scrutineering at the KWSTI in Naivasha where the event will be flagged off. The action then proceeds to Sarova Woodlands in Nakuru, Coverdale in Nanyuki for two days, Kilima Camp in Amboseli for three days, Salt Lick Lodge at Taita Hills, before concluding at Ocean Sports in Watamu, where the Prize Giving Gala will be held.