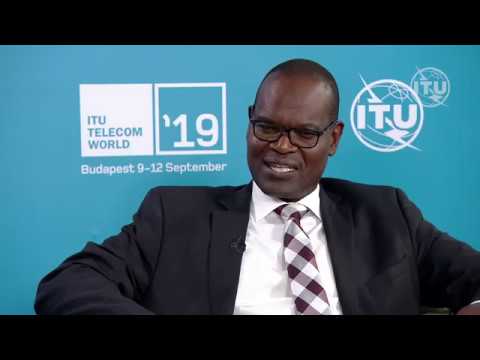 Worldwide, more than 782 million new internet users have been recorded in just two years since 2019 prompting heightened scrutiny on cybercrime. A 2020 UN report noted that cybercrime is on the rise, with 7,000 data breaches recorded in 2019 alone, exposing more than 15 billion records. The cost of such breaches is expected to top US$5 trillion by 2024. This undesirable projection is one that experts warn that Africa, just like the rest of the world, must objectively look into and attempt to stay ahead of.

This week, as the world celebrated Safer Internet Day, it was impossible to avoid statistical realities around internet penetration in Africa, which currently stands at 22 percent.  Although significantly behind the rest of the world, 22 percent of 1.4 billion Africans is a massive number of people whose everyday lives include; financial transactions, shopping, movement using maps, connecting with friends, family and associates, work, entertainment, among a host of many other activities, are shaped by the internet.

While all these activities involve data sharing, it also means – according to a UN Chronicle article – that our personal information is increasingly open to attack and misuse. The level of attacks we are prone to unfortunately are sometimes institutional in structure. Brad Smith, president and chief legal officer at Microsoft in 2017 openly called out this situation during the 10th Edition of the Geneva Lecture Series.

“A cyber arms race is underway with nations developing and unleashing a new generation of weapons aimed at governments and civilians alike,” Mr. Smith said. This, he opined, puts at risk the critical data and digital-powered infrastructure that we all depend on for our daily lives.

Maintained by Mr. Smith also, and agreeable to many of us in ICT leadership, including at the African Telecommunications Union (ATU); is that the future of cybersecurity on the internet will require many steps by many people. Strengthening levels of cooperation by various players in this ecosystem, without neglecting the contribution of individuals, is our best chance forward.

Broad-scale cooperation is core to ATU and many other institutions across Africa with keen interest on cybersecurity. In fact, in the year 2007 when the International Telecommunications Union (ITU) launched the ITU Global Cybersecurity Agenda designed for cooperation and efficiency, encouraging collaboration with and between all relevant partners, ATU became and continues to be an implementation partner embracing such programmes as Child Online Protection.

Although statistically, the virtual world of the Internet still takes second place to the real world as the place to accomplish daily tasks or enjoy recreation, the two are not in competition, and similar to how we strive to ensure security in the real world, the cyberspace must be accorded the same effort if not more. This is more so the case since over the past decade, African countries, working with various local and international partners, have made great strides in making the internet accessible for the continent’s 1.4 billion people.

Admittedly, there is substantial appreciation of the value of the internet in today’s world. A recent World Bank estimate quantified this interest and suggested that Africa will require an investment totaling $100 billion to plug every citizen into the internet by 2030. Already, the path to US$100 billion is being charted, with US tech giant Google leading the way, announcing in October last year the intention to invest $1 billion in Africa over the next five years. This means that the number of people that will need protection in the cyberspace will surge, and therefore the capacity of the firewall we create, must be even bigger.

Consequently, next year, just as last year and other years before, on 8th February the world will certainly mark another of the many Safer Internet Days to come. The question that must ring in our minds should revolve around the day’s engagement, and one must wonder whether we will still be discussing the possibilities of progress, or we will be evaluating progress made. In this regard, cybersecurity, in the opinion of the African Telecommunications Union, is a subject that needs less words and more action. After all, it carries the burden of our lives.

How to take control of your health