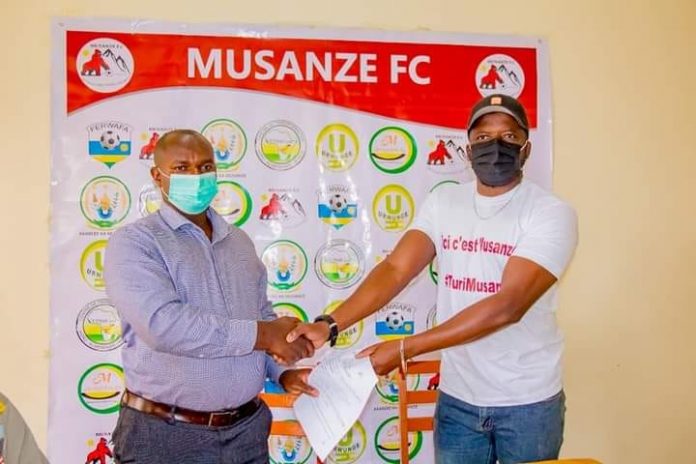 Frank Ouna is the new Head Coach of Musanze FC in Rwanda.

At Mathare United, it was unheard off for them to hire a coach who has not risen through their ranks and he proved his worth in ensuring they avoid relegation.

The tactician took to Facebook to announce his next move. “It is with overwhelming emotion that today I announce that I will not renew my contract. Let me take this opportunity to place on record my sincere gratitude to the club management, fans, players and my technical bench.”

He added that they achieved what they set to do and he leaves with my head held high.

“I believe I have left behind a capable technical bench and playing unit. All the best in your future endeavors and all the best this coming season”, he asserted.

The team currently lies second in the Rwanda Premier League after two matches which it won both.

The tactician who had spells at Wazito FC, KCB and Gor Mahia signed a two-year deal.

He joins Jacob ‘Ghost’ Mulei who has also coached in Rwanda, among the few Kenyan football coaches to endear their exploits out of the country.