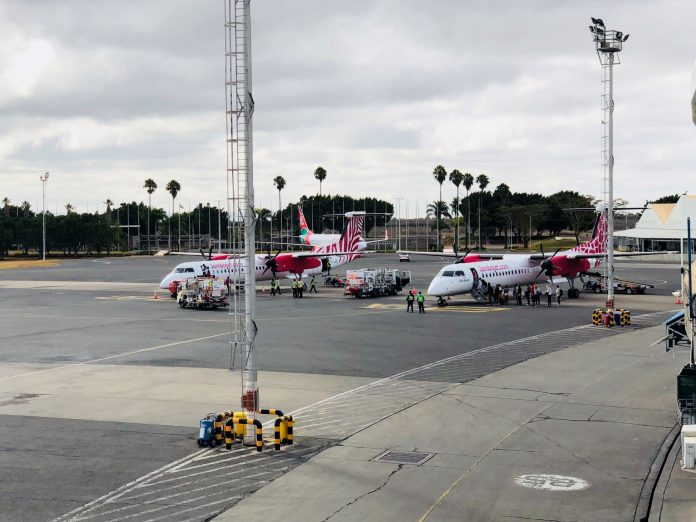 Low-budget airline Jambojet is set to start flying to Goma, the Democratic Republic of Congo and Lamu as part of its regional expansion.

The airline will fly to Lamu 4 times weekly, starting 15th September 2021. Customers will be able to book Nairobi to Lamu and Mombasa to Lamu as well as Lamu to Mombasa and Lamu to Nairobi.

Vincent Rague, Chairman, Jambojet Board of Directors said the move is part of an expansion plan that would see them expand more networks across the region as well as grow their fleet. “We had to put on hold some of the plans due to the COVID-19 pandemic. We are excited to launch these two new routes, and look forward to what is to come,” he said.

He added that there is a growing demand for air transport across the continent, with the International Air Transport Association projecting that Africa will become one of the fastest growing aviation regions within the next 20 years, with an average annual expansion rate of almost 5 percent which they are taking advantage of.

Jambojet currently flies to six destinations including Mombasa, Diani, Eldoret, Kisumu and Malindi from its primary hub in Nairobi. The airline also operates a direct flight from Mombasa to Kisumu and Eldoret. In a bid to diversify its product offering, Jambojet launched Charter services in October 2020.

The development to Goma comes after Kenya sent its military to the DRC to help stabilize the country from June this year.

The move was meant to also help increase trading privileges to DRC, to boost trade at the port of Mombasa.

Since inception in 2014, Jambojet, which is IOSA certified (IATA Operational Safety Audit registration), has achieved undeniable business growth with a fleet of 6 brand new De Havilland Dash 8-400 and flown over four million passengers across all its destinations.

UFAA goes online as it seeks to disburse Ksh51 billion

Qatar Airways entices travellers to US with Qsuite