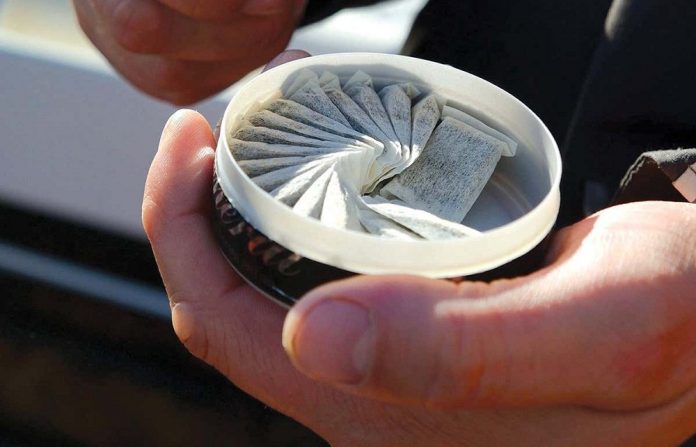 Several African governments still employ the ‘quit or die’ approach to reduce its death toll from smoking. Unfortunately, this approach has led the continent down the wrong road, with unnecessary disease and death for those smokers who cannot quit. A change of attitude could open the door to a potential lifesaver that is particularly suitable to African habits and tastes.

There is global consensus that the main danger in tobacco is combustion. Moreover, there is increasing agreement among scientists worldwide that non-combustible, smoke-free nicotine alternatives can help prevent tobacco-related disease and premature death. These include innovative products such as smoke-free nicotine pouches, e-cigarettes and heated tobacco products, all of which can help smokers to quit, or switch from traditional “combustible” cigarettes to a less harmful alternative.

The proven success of these products shows that tobacco control should no longer simply follow the ‘quit or die’ approach, which is so obviously failing in Africa.

The World Health Organization (WHO) states that 80 percent of the world’s more than one billion smokers live in low-and middle-income countries. While the number of smokers in Africa is still lower than North America and the East Mediterranean, that number is growing at the fastest rate in the world. The WHO predicts that the number of smokers on the continent will grow by five million between 2020 and 2025.

Therefore, it is high time for African governments to take a fresh look at effective measures to prevent tobacco-related disease and premature death. There is hope.

The encouraging success of lower-risk nicotine products demands the need for Africa to take a fresh look at its approach to nicotine. Tobacco harm reduction (THR) science and products provide a fire escape for African smokers.

At the core of THR is this: if we are serious about saving lives, the first step is to acknowledge that the real harm from cigarettes is caused not by nicotine, but by the burning of tobacco, which releases thousands of dangerous toxicants.

If you eliminate the burning, you reduce the harm. It is a message that THR advocates have embraced across the globe.

Public Health England (PHE) states that alternative nicotine products are roughly 95 percent less harmful than smoking cigarettes; a significant finding that is backed by several anti-tobacco groups including Cancer Research UK, the Royal College of Physicians and Action on Smoking and Health (ASH).

In addition, health bodies in the US, France, Canada and New Zealand back alternative nicotine products as the less harmful option.

Sweden, where smoke-free Swedish snus has displaced cigarettes, reports the lowest smoking rates in Europe, while the ratio of Swedish men suffering tobacco-induced cancers is less than half that of the EU average. Furthermore, Sweden has the lowest incidence of tobacco-related diseases in the European Union.

These statistics from Sweden may be the most pertinent for Africa, where there is a tradition of using oral stimulants and where the consumption of smokeless tobacco is already the second-highest in the world.

Containing zero tobacco, the composition of oral nicotine pouches suggests that they should have among the lowest risk profiles of available alternative nicotine products. They are close to that of medically licensed nicotine replacement therapies (NRT).

The pouch involves no burning. Resembling a small tea bag, it is placed between the lip and the gum, where saliva and general moistness of the mouth work to release the nicotine into the system. Once used, the pouch is usually discarded into the disposable compartment of the can. It does not require refrigeration and, unlike vaping products, does not require any batteries.

The fact is that oral nicotine pouches do not require combustion (no emissions), and contain no tobacco or the thousands of chemicals present in cigarette smoke (reduced exposure).

Therefore, these products represent the immense potential for the reduction of tobacco-related harm in Africa. Not only can they benefit individual health, but they can also play a major role in reducing the tobacco burden on population health.

Still, it is puzzling that policymakers in Africa appear reluctant to embrace such innovation.

These strategies are clearly not working. In Kenya, for instance, one in three smokers want to quit, but only seven percent of those who make a quit attempt succeed. These smokers need access to cost-effective alternatives, to reduce harm, especially if they will not or cannot quit combustible tobacco.

Given the net health benefits of switching from cigarettes to any of the less harmful products, this trend should be welcomed and accelerated in Africa. It is as simple as that. And consumers – indeed, the public in general – should be educated about the relative harms of products that contain nicotine, and understand their benefits, too.

Tobacco-free nicotine pouches represent an encouraging new solution in the world of tobacco control and harm reduction. It is a solution, where burning of tobacco and inhalation have been eliminated. Better yet, this chapter may change the story of Africa’s poor record on smoking cessation.