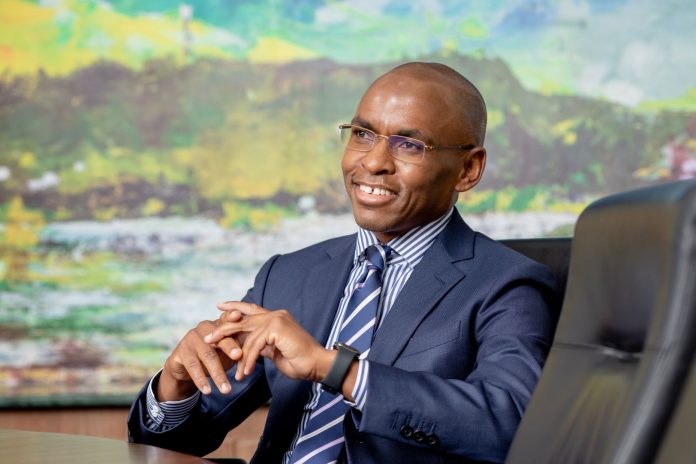 Safaricom is hoping to roll out its mobile money service to Ethiopian customers after one year, the CEO Peter Ndegwa said.

While speaking to journalists, he said that the Ethiopia government and Ethiopia Communication Authority (ECA) have signaled that they will allow the new telecommunication licensees to operate mobile money after 12 months, a statement they are confident will come to fruition.

The telco won one of the two tenders floated to liberalize the Ethiopian telecommunication sector through Global Partnership for Ethiopia in which Safaricom has the controlling stake.

As a consortium, Global Partnership for Ethiopia has Safaricom owning 55.7 percent of the consortium, Sumitomo Corporation has 27.2 percent shares, Vodacom 6.2 percent and CDC Group has 10.9 percent.

As the telco gets ready to start operations in 2022, it will roll out GSM network to build their mobile telephony platform for the country.

Telebirr is to be integrated with banks in the coming weeks.

But Safaricom CEO Peter Ndegwa was quick to alley any fears for this, asserting that in the markets they operate like Kenya, they have always had other companies ahead of them, but have put in place strategies to make them competitive.

He added that their experience shows that the best technology delivers the best experience to customers, which is what will inform their work.

Mr. Ndegwa was economical on whether they will be relying on Huawei as a supplier for their infrastructure, asserting that they have issued an international tender that will be competitive.

He was confident that there are opportunities to support business communities including 3-4 million SMEs, introduce new technology, Internet of Things (IoT) and cloud, as well as create one million jobs directly and indirectly.

He signaled their interest to go into other sectors like health, agriculture and education as they have done in Kenya.

Mr. Ndegwa also said that they will not be bidding for a stake in Ethio-telecom.

Once they roll out M-PESA, they will also link it with various international money transfer companies.

The holding company will be held in Netherlands since the Netherlands has a bilateral agreement with Ethiopia.

The license is for 15 years.