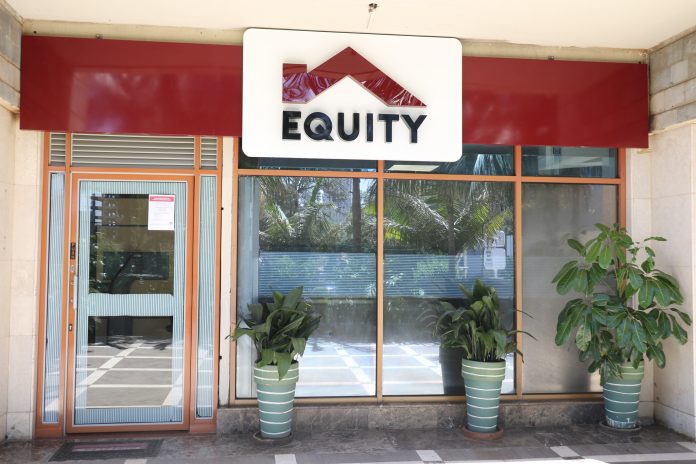 Boosted by mergers and acquisitions recently, the Group weathered the COVID-19 disruption to register a 51 percent growth in its balance sheet with total assets growing to sh1.015 trillion (One trillion and fifteen billion shillings) up from sh674 billion the previous year.

The group became the first financial institution to cross the trillion shillings rubicon in East and Central Africa.

Long-term debt financing grew by 71 percent to sh97 billion from sh57 billion with shareholders’ funds growing by 24 percent to sh139 billion up from sh112 billion.

Speaking at the launch of the results, Group CEO James Mwangi said “Our biggest growth was in the non-funded income which grew by 27 percent from sh30 billion to sh38 billion.”

Loans to customers grow by 30 percent to sh478 billion up from sh366 billion.

Dr. Mwangi added that they took risk management measures to protect the loan book by partnering with various institutions to obtain credit guarantees to deal with uncertainties and shocks.

Its net interest income grew by 23 percent to sh55 billion up from sh45 billion driven by a 30 percent growth on customer loan book and 26 percent growth in investment in Government securities.

Total operating costs grew by 67 percent to sh71 billion up from sh42.5 billion driven by a 496 percent growth in gross loan provision of sh26.6 billion up from sh5.3 billion in the prior year, increasing the cost of risk to 6.1 percent up from 1.3 percent the previous year. The higher loan loss provisions enhanced NPL coverage to 89 percent.

As part of the Group’s commitment to support lives and livelihoods, keep the lights of the economies on by avoiding massive disruption of economic activities, the Group accommodated sh171 billion of loans for customers whose repayment capacity was adversely impacted by Covid-19. This represents 32 percent of the entire gross loan book of sh530 billion.

As at 31st December, sh40 billion of the restructured loans had resumed repayments and normalized.

For the first time ever, branches handled less than half of transaction value, accounting for only 37.4 percent of such value with 62.6 percent of the value of transactions taking place outside the branch.

The Group continued to transform itself into a low-cost operating business model, by enabling self-service capabilities for customers and transforming the banking experience from the place you go, to something you do on devices.

Only 3 percent of transactions happened on fixed cost brick and mortar branch and ATM infrastructure. 97 percent of the loan transactions are conducted on the mobile channel delivering unparalleled convenience to borrowers, round-the-clock banking that compresses geography and time to allow whatever time, wherever location banking experience.