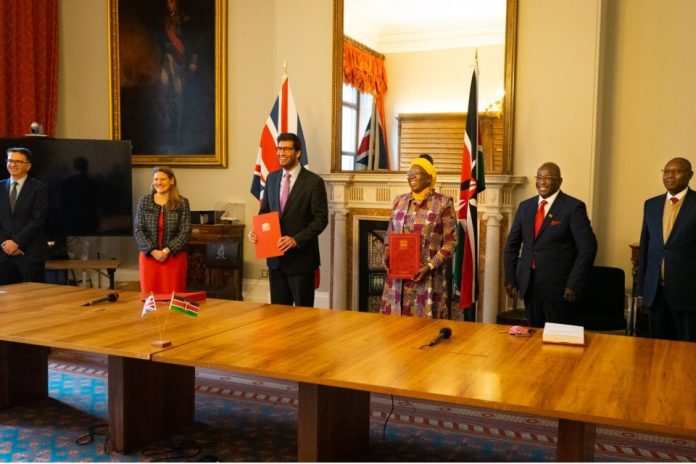 Members of Parliament have refused to ratify the trade deal between Kenya and UK, citing lack of public participation and incomplete annexures that lacked the list of goods that UK will enjoy duty-free export to Kenya for 25 years.

The lawmakers said until they are fully aware of the details of the Economic Partnership Agreement (EPA) between the two countries, they will not ratify the agreement.

Dagoretti MP John Kiarie rose on a point of order asking the speaker whether it was in order for the House to debate and ratify the deal without proper knowledge of what it contains.

In making a ruling to remove the item from the order paper, Speaker Justin Muturi stated that there is no hurry in hastening it and proper procedures must be followed including sharing all the details on Parliament’s website.

“This is Parliament of the Republic of Kenya and must have a say on the ratification of the agreement. Those telling us they are in a hurry should have started yesterday,” Mr. Muturi added.

The earlier report tabled before the House last week did not have annexures containing the details of the type of goods that the UK will ship into the country duty-free for 25 years.

Some of the annexures missing from the report include custom details of the goods coming from the UK, a joint statement of the parties that signed the agreement and the concept definition of terms of the products originating from the UK.

Last week on Thursday, the committee tabled its report on its consideration of the EPA, setting the stage for debate by the House, which was scheduled for yesterday.

The committee’s chairman, Mr. Aden Haji, yesterday came up with annexures that were not contained in the earlier report, raising concerns among the lawmakers that something is not adding up.

National Assembly Speaker Justin Muturi said it is a serious offense and against the Standing Orders for additional documents to be introduced in the floor of the House without his ratification.

“If the documents as confirmed by the deputy clerk were not received by this House, then it is a serious issue. Do not sneak in documents over lunch hour because that is not how business is conducted here,” Mr. Muturi said

The deal between Kenya and UK provides full duty-free and quota-free market conditions for goods originating from East African Community partner state(s) into the market of the UK on a secure, long-term and predictable basis.

Kenya and UK Parliaments are required to ratify the agreement in order to take effect.