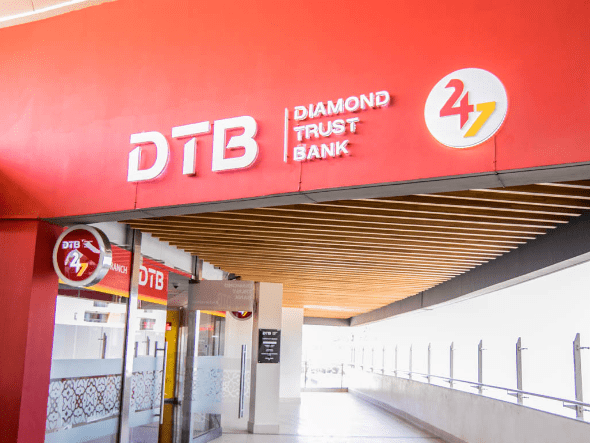 Diamond Trust Bank Kenya will shut down six branches countrywide from July as it seeks to cut operational costs, a notice from the company said.

In the notice on Friday, the listed lender said the branches targeted for closure are within proximity to others, which will be merged with alternative ones in their respective areas.

In Nairobi, the Oval Digital Lobby and 9 West units close down on June 30 and merge with the Westlands Branch at the Westgate Mall.

Operations at the Garden City Mall, where the loss of anchor tenant South African retailer Shoprite led to reduced foot-traffic to the shopping complex, move to the Thika Road Mall branch from October.

The Eastleigh branch will shut down on October 30 and merge with the one at Madina Mall.

At the coast, DTB Jamhuri Street merges with the Malindi branch, while in North Rift, its unit on Kago Street moves operations to the Eldoret branch from July.

“The Central Bank of Kenya has approved an application by Diamond Trust Bank to consolidate its branches in certain locations within the country,” DTB said.

“The staff in the affected branches will be redeployed appropriately to support other branches or business units within our network,” the notice added.

The lender urged customers to use alternative channels including mobile and online banking.

In the wake of Covid-19-induced economic difficulties and restrictions, banks have been forced to cut down on costs by closing branches and ATM machines.

The move by DTB comes as data from CBK shows that there are significant savings in reducing branches.

The rise of mobile banking has allowed lenders to reach customers directly reducing the need for physical locations in a move that has also led to massive job losses among clerical staff.

Banks saved sh6.3 billion in 2019 in rental charges as they shut down branches, closed automated teller machines (ATM) and moved away from expensive real estate spaces in commercial areas to their own premises in a move to save on costs.

Central Bank of Kenya data shows that bank paid sh5 billion in rent in 2019 down from sh11.3 billion in 2018 as lenders

During the period under review, the number of ATMs decreased by 2.77 percent to 2,459 in December 2019 from 2,529 in December 2018 as customers increasingly turn to agency, internet and mobile banking.

The number of bank branches also decreased from 1,505 in 2018 to 1,490 in 2019, which translated to a decrease of 15 branches. Nairobi County registered the highest decrease in the number of branches by 8 branches.

The banks regulator stated that the decrease in physical bank branches was mainly attributed to the adoption of alternative delivery channels such as mobile phone banking, internet banking and agency banking.