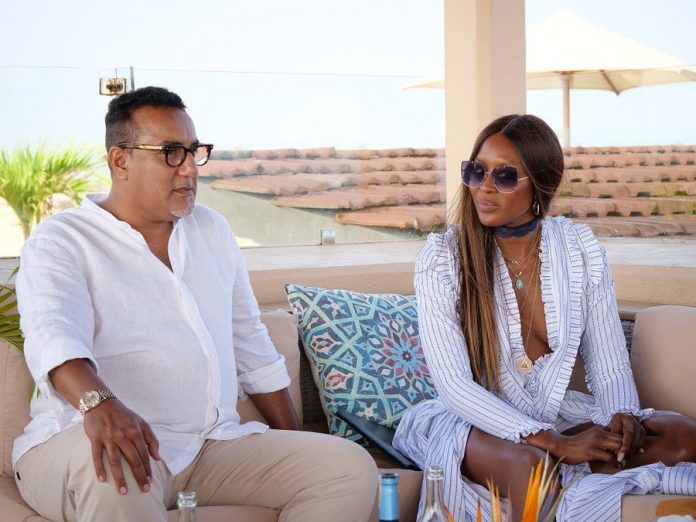 There have been mixed reactions from Kenyans after the Cabinet Secretary for Tourism Najib Balala appointed Naomi Campbell as the Magical Kenya International Ambassador, a move meant to use her influence to increase tourism numbers in the country.

An Ambassador of this kind if not paid, unless when attending specific international forums, where she can be facilitated to attend and give a good account of the country’s tourism prospect.


Ms Campbell, who has been in Kenya for holidays since December, met with Tourism secretary Najib Balala at the weekend where they agreed on the appointment.

“We welcome the exciting news that Naomi Campbell will advocate for tourism and travel internationally for the Magical Kenya Brand,” Mr Balala said in the announcement on Tuesday.

The 50-year-old model, who is also an actress and businesswoman, has a large social media following of over 13 million on her channels.

Ms Campbell has lauded the improvement of infrastructure at the Coast particularly the upgrading of the airport in Malindi.

“I am also impressed with the world-class standard facilities at the Professional Golf Association (PGA) Baobab course located in Vipingo Ridge, the only golf course credited by the PGA in the whole of Africa. I invite gold professionals globally to visit the course to enjoy the experience,” she is quoted saying in the statement.

Despite her success in fashion, entertainment and modelling, she was convicted of assault on four occasions, after she was accused eleven times of committing acts of violence against employees, associates and other individuals between 1998 and 2009.

In 1999, Campbell entered rehab after a five-year cocaine drug addiction and alcohol addiction.

She was also in the limelight for receiving ‘blood diamonds’ from former Liberian President Charles Taylor, in details that followed his prosecution at the Special Court for Sierra Leone. She admitted to receiving them after being subpoenaed but cited ignorance of the source.

It is these controversies that formed part of the concerns Kenyans were raising.

That’s the best we could get.

Last year, Eliud Kipchoge was appointed an ambassador, a move meant to use his international stature as an athlete, to help market Kenya.

In February last year, she won a Kenyan flag at the Paris Fashion Week.

Hotelier Mohamed Heri differed with Kenyans on their bitterness towards Naomi Campbells appointment. Naomi considers Kenya her second home and every Chrismas she is opting to come to Malindi Kenya just the way Oprah Winfrey has made South Africa her second home. Instead of bashing Naomi we should be exploring to see how she can help young models to get opportunities and many other doors that she can help to open,” he said.

Other Kenyans also joined to support the appointment.

Naomi Campbell is more Kenyan than many Kenyans …. She should be made a Kenyan Citizen & made our Ambassador to the World … On the other hand, Lupita Nyong’o has made it clear she is not Kenyan … Naomi has lived in Kenya longer than Lupita … Let Naomi be.

Lupita loves SA more than Kenya and when here, you’d think she dropped from heaven.

Even Obama is more kawaida when here.

Kenyans should understand that these two top models Naomi Campbell and Lupita Nyongo pose and commands quite different niche markets when it comes to sponsor different entities,here the CS @tunajibu
has something unique why he’s targeting Naomi Campbell and not otherwise! pic.twitter.com/GGsP4vyIPf

The Lupita/Elsa vs Naomi Campbell debates highlights the clingy nature of Kenyans. We are desperately clinging on people who don’t associate with Kenya as often. Lapita has been to SA and Nigeria more than Kenya whereas Elsa has publicly associated herself with South Africa.