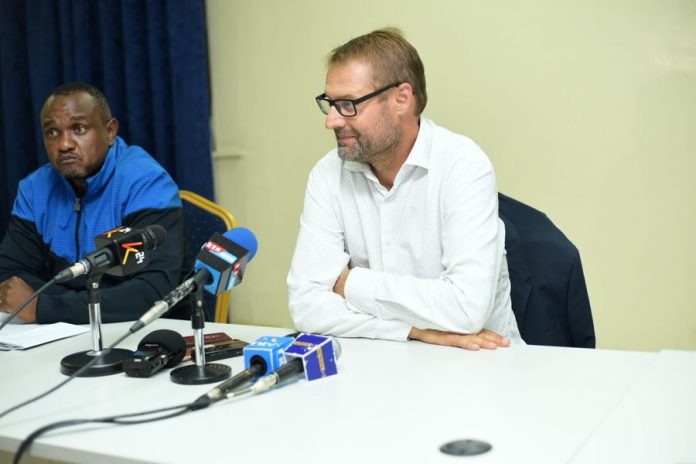 Yesterday, AFC Leopards released a statement asserting that they had accepted his resignation with immediate effect. They affirmed that the resignation “has been occasioned by the coach feeling that his safety is not guaranteed since his manager, Mr. Prince Channis, has been threatened by people purporting to be ingwe supporters.

The club regretted the actions, stating that the developments are “disturbing and unacceptable for anyone who claims to be a supporter of this esteemed club”.

The statement further read “True AFC Leopards’ supporters hold themselves to the highest standard and put the Club’s and public good before all else. At this time, the remaining technical bench shall take charge as we consider a replacement.”

Even as the club thanked him for his contribution in the sort time, pundits will be wondering how fast he was unveiled by his new team in Malaysia.

Already, football fanatics are calling for the club to hire assistance coach Antony Kimani as the Head Coach. Kimani, popularly known as Modo was interim coach for a significant part of last season, a period the club experienced stability.

The 47-year-old Czech Republic national is a UEFA PRO licensed coach was unveiled in November 2nd, 2020.