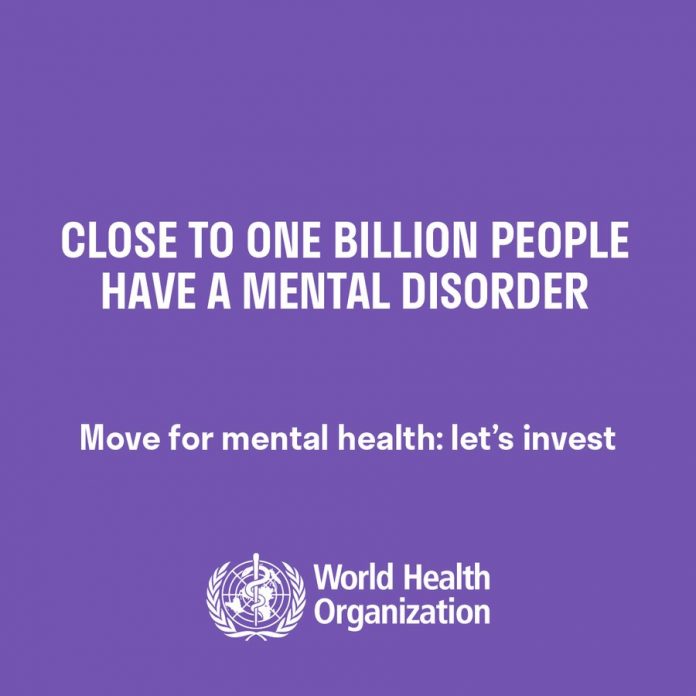 One person dies every 40 seconds by suicide, an alarming statistic on the state of mental health in the world.

The WHO says that close to 1 billion people are living with a mental disorder. But few people globally have access to quality mental health services.

It is also alarming that depression is a leading cause of illness and disability and this sees three million people die every year due to the harmful use of substance abuse.

In July this year, the Taskforce on Mental Health recommended that mental illness should be declared a National Emergency of epidemic proportions, to prioritize mental health as a priority public health and socioeconomic agenda.

The Taskforce, chaired by Dr. Frank Njenga, also recommended the establishment of a Mental Health Commission and Happiness, to advise, coordinate and continuously monitor the status of mental health, and report on the annual National Happiness Index.

The key findings of the Taskforce indicated that Kenya has a high burden of mental illness due to ill health, psychosocial disability and premature mortality with huge gaps in access to care.

President Uhuru Kenyatta ordered the formation of the task-force, with the primary mandate to, study the status of mental health in-country, and recommend solutions to reform mental health systems.

In Kenya, it is estimated that one in every 10 people suffers from a common mental disorder. The number increases to one in every four people among patients attending routine outpatient services.

Depression and anxiety disorders are the leading mental illnesses diagnosed in Kenya, followed by substance use disorders. Among the different types of substances, alcohol contributes to the largest burden of substance use-related illnesses in Kenya.  Of great concern, alcohol abuse is most prevalent in the 18-29-year-old age group.

Poor mental health also has an impact on risk-taking behaviour in young people, including self-harm, risky sexual behaviours and exposure to violence.