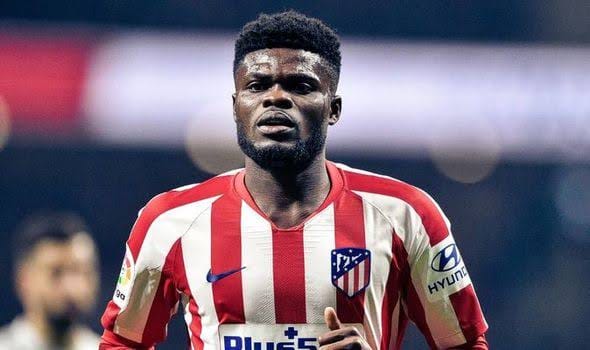 Well, one thing for sure is that they will get aggression.

Ever since his days in Atletico’s second team, Thomas Partey’s assertiveness in midfield battles was well known.

I remember watching him half a decade ago when Simeone had sent him on loan to Almeria. He man-marked Messi in a La Liga match so ferociously that the Argentina Captain complained to the referee repeatedly throughout the game.

However, Thomas Partey has a different side to his game. After playing understudy to Atleti legend Gabi, Partey became adept at recycling play and orchestrating the game from deep. Simeone capitalized on this by thrusting Saul wide and using Partey as a launching platform for attacks as the Ghanaian can easily switch play wide or play through the lines with the likes of Koke and Felix.

Where would he fit in an Arsenal midfield?

Everywhere. Thomas can play as a sole holding midfielder or as the 6 in a double pivot or an 8 as well as a 10 as illustrated by some of his games for the Ghanaian national team.

He can score from long distance but he also makes some impeccably timed late runs into the box.

This is a huge win for Mikel Arteta and a big loss for Diego Simeone.

Arteta always intended to play 4-2-3-1 and 4-3-3 as he did in that 2nd game against Liverpool.  Arteta will try him out with Xhaka first then maybe Ceballos/Elneny.

Everton midfielder Tyler Onyango receives an England U18 call up