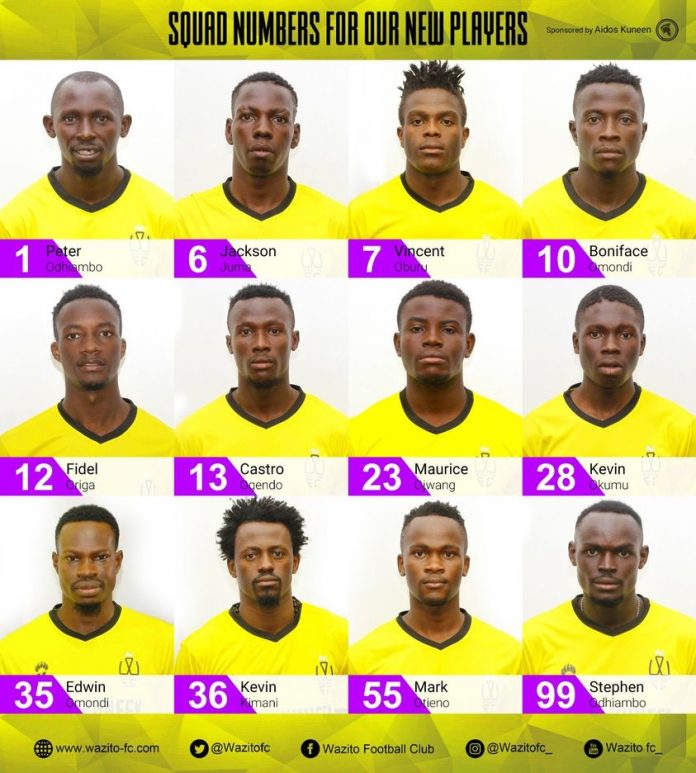 The Wazito FC management is in disarray over the signings of new players as it emerges that consultations do not take place. Critically, the coaching staff is not involved as the decisions are made by new Sporting Director Stephen Ochiel.

Ochiel spearheaded the majority of his signings and being a football agent, brought in his players, some who hardly featured in their previous teams. For instance, Stephen Odhiambo hardly made it to the team sheet of 18 players for Bidco, then playing in the National Super League.

It is also curious to note that the majority of the players signed from Kisumu, where he hails from.

The coaching staff led by Fred Ambani and Salim Mbabu are reading from a different script on the move, that has seen the unceremonious exit of Antony Njeru. It is believed that both coaches are angry with the move to terminate his contract, yet they had him in their plans.

Njeru immensely contributed to stabilizing the midfield that has seen Brian Musa receive Harambee Stars call-ups. Mbabu was angry since he remembers how he made his boys, then at Western Stima, sweat last season when the two teams met.

On his part, Head Coach Fred Ambani affirmed that he had plans for him in the team.

The acrimony has however reached the owners’ desk who is slowly investigating the matter.

What is comforting to the fraternity is that all the players had signed six months contract and with no footballing activities ongoing and they start, with no or poor show, their exit will be as fast as they joined the team.

Ochiel was hired directly by Ricardo Badoer, which he has taken to interpret that he has direct contact with the owner.

In recent weeks, players who have served the team for a long have existed including David Oswe and Eric Otieno who joined the staffing department. Oswe is the deputy Team Manager while Otieno is an editor at Madgoat.

The remaining long-serving player is Joe Waithira. Joe was signed from Mumbi Nationale and has been a sensation for the team, although he had a brief stint at Mt. Kenya United before re-signing. He is also close to the owner, but this has raised concerns over previous moves to get some staff fired.

The team could see itself signing new players every now then and this will affect their performance, something the owner will keep cursing on social media, until the day he humbles and gets things right.

Ricardo Badoer owns the team fully after finally buying out founder Solomon Alubala. The deal is said to have taken place during the start of the COVID-19 pandemic in the country.