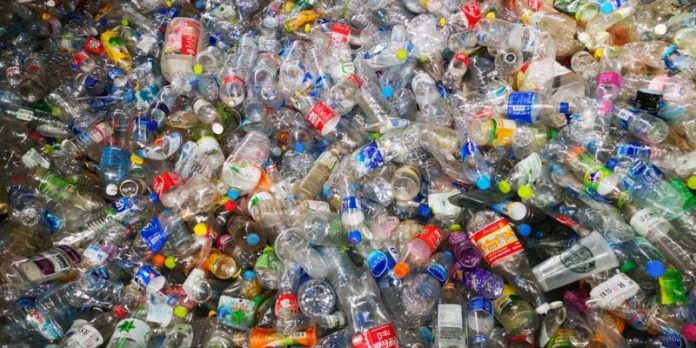 American Chemicals and Plastics industries lobby group has come out to distance itself from stories that they are lobbying the Kenyan authorities to relax the ban on plastics.

The Guardian reported that major oil companies are lobbying the United States to pressure Kenya to change its stance against plastic waste, citing to environmentalists who fear the continent will be used as a dumping ground.

The New York Times reported that an industry group representing the world’s largest chemical makers and fossil fuel companies is lobbying to influence United States trade negotiations with Kenya, to reverse its strict limits on plastics — including a tough plastic-bag ban, citing documents it reviewed. It added that the group is also pressing for Kenya to continue importing foreign plastic garbage, a practice Kenya has pledged to limit.

The comments were attributed to a request from the American Chemistry Council to the Office of the United States Trade Representative, who solicited for comments to inform the US and Kenya negotiations what would be the first US bilateral trade deal with a country in sub-Saharan Africa.

The US intends to have these negotiations as a basis for further bilateral trade agreements in sub-Saharan Africa. In Africa, the only other country they have similar trade arrangement is with Morocco.

“It is well understood that a bilateral trade agreement between the United States and Kenya will not override Kenya’s domestic approach to managing plastic waste or undermine its international commitments under the Basel Convention”, read the statement from the American Chemistry Council (ACC) which represents a diverse set of companies engaged in the business of chemistry.

The statement further said that they could help Kenya reach its social, economic, and environmental goals. “For example, the industry has publicly supported calls to help Kenya more effectively address marine debris by developing infrastructure to collect and sort used plastics, which have been recognized as a valuable feedstock resource”, the statement further read.

This is part of the efforts to ensure better waste management infrastructure, that helps countries recycle and reuse valuable materials and trade them across borders.

The stories had led to an uproar among Kenyans, with some taking to Twitter to show their displeasure.

Wazungu wamesema you cannot ban plastics before them because you know nothing and it’s also making them look bad.

How long do you think our gullible leadership can fend off that assault from westerners?

Just a few years ago Trump called African countries, shithole countries. An American lobby group wants a trade deal that will see USA export its plastic waste here with a lame excuse that it will support recycling. Say No! #NoToAmericanPlasticTrash https://t.co/6jwv0FEZbR pic.twitter.com/9qPv6LHTUB

Dear Kenya, please don’t allow our global industries, corporate lobbyists, trade negotiators, or politicians to force you into reversing your recent ban on importing our plastic waste. US consumes 16x as much plastic so we shouldn’t get to export it. #NoToAmericanPlasticTrash

An American lobby group representing oil and chemical companies wants to flood Kenya with plastic, and then sell recycling as a solution, 90% of that plastic is not recyclable. Kenya is not a dumping ground. #NoToAmericanPlasticTrash
Sign this petitionhttps://t.co/VvMRE0D5D2 pic.twitter.com/8iUFJMV7D0

We’ve made so much environmental gains after the 2017 plastic bag ban, it will be crazy for some people to think that they can pressure our government to lift the ban. It won’t be a walk in the park, going back is going to hell! https://t.co/s0X9hYyeme

Kenya is currently the U.S.‘s 98th largest goods trading partner with $1.0 billion in total (two way) goods trade, according to the US Trade Representative as of 2018. The goods exports to the US totaled $365 million; goods imports to Kenya totaled $644 million.