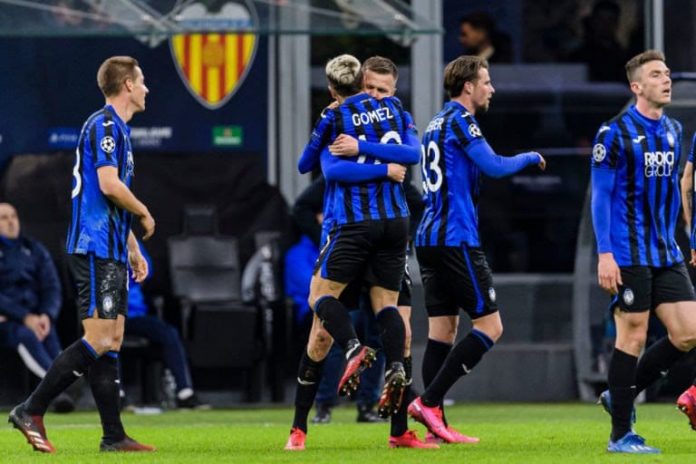 Atalanta Bergamasca Calcio, commonly referred to as Atalanta has shocked football pundits in their success, in the Serie A, having gained promotion from Serie B in 2010–11.

To properly get to the genesis of Atalanta’s current success, you have to look at their history.

In terms of Italian football, they are Serial under achievers. Their last top trophy was won in 1964. In recent past they haven’t been ranking very high.

But the last three seasons have seen a steady increase in trajectory.

Last season they finished third and qualified for their first ever UCL campaign, a campaign where they have also shone exponentially as they now await to play PSG in the quarter finals.

The signing of coach Giampeiro Gasperini is the Genesis of their success.

Since he joined in 2016, they have not finished below 6th.

His way to success has been achieved in two simple ways; Wise Recruitment and depending on a fluid 3-5-2 and 3-4-3.

Gasperini specializes in picking players who have failed to hit the heights in other clubs and making them achieve their potential at Atalanta.

He plucked Duvan Zapata from Sampdoria just as the huge Colombian was about to be sold to the English Premier League (EPL) side Bournemouth and in a season’s time he was Serie A top scorer.

He took Josip Ilicic on the cheap from Fiorentina and reinvented him as a lethal center forward.

He plucked Mario Pasalic from His days in Chelsea’s loan system and gave him a permanent contract. The Croatian is now scoring hat tricks from midfield.

The player who improved the most under Gasperini is undoubtedly Alejandro ‘Papu’ Gomez.cThe playmaker is the beating heart of this side with his goals, assists as well as his intelligence and speed.

Tactically, Gasperini’s 3-5-2 is so geared towards scoring goals that defending at times is not necessarily needed.

The three Center backs (Namely: Berat Ridvan Djimsiti, José Luis Palomino and Rafael Tolói) play 3 or 4 meters from the halfway line and the Wingbacks (Robin Gosens and Hans Hateboer) play on the tip of the opponent’s box.

The midfield three rotates severally with one midfielder dropping deep to orchestrate play while two midfielders make the late run into the box during attacks. This gives them a huge pool of goals from midfield as well as assuring that the forward players get great service.

This is evident by their goalscoring numbers by their midfielders and Wingbacks which are better than those of some strikers in the league!

Upfront, Gasperini added a ‘secret weapon’ at the beginning of the season with the signing of Colombian striker Luis Muriel, who has been effective as a super sub and has ended up with 18 goals this season.

Top scorer Ilicic has 20 goals and his strike partner Duvan Zapata has 17 goals.

All in all, the whole team has scored 93 Goals! A total only surpassed in Europe by Bayern Munich who have scored 100 goals.

The collective team spirit is built upon an environment of little pressure and an insistence on players enjoying their football. Gasperini’s fatherly presence has helped some of the younger players such as Amad Traore who at 17 became the first player born in 2002 to score in the Serie A.

Someone asked me if they were Champions League contenders, I think they are. If Juventus slip, they may be Serie A contenders as well.