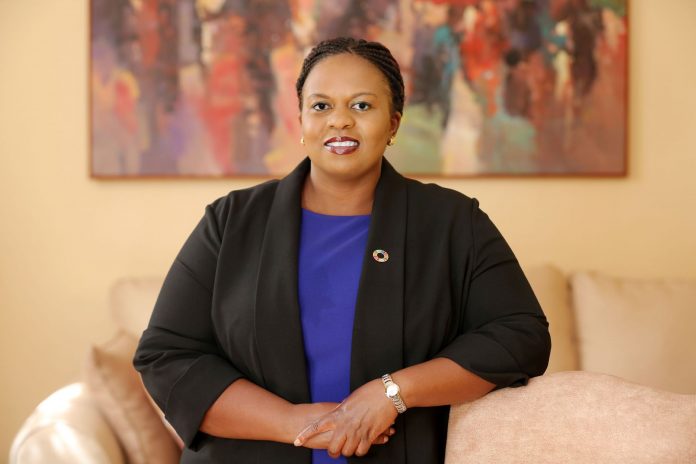 Making the appointment, United Nations Secretary-General António Guterres said Sanda who will assume the role from June 17th will take over from Denmark’s Lise Kingo who has been with the UN Global Compact since 2015.

Peter Ndegwa, Safaricom CEO noted that Sanda has been instrumental in leading their Sustainable Business team that focuses on Sustainability, Shared Value, Corporate Social Investment and Technology for Development. “She has also played a major role in the integration of the Sustainable Development Goals (SDGs) into our business operations,” he said.

Sanda has served as Safaricom’s Head of Sustainable Business and Social Impact since 2010. Before that she was the Senior Manager of Safaricom and MPESA Foundations during which she led the implementation of several public-private partnership initiatives between Safaricom and UN organisations. She holds a Master of Arts in Public Policy from University of Minnesota, USA, and a Bachelor of Arts in Economics and International Development from McGill University, Canada.

“Sanda brings 20 years of experience to lead the Global Compact in its next phase to mobilize a global movement of sustainable companies and stakeholders and bring the full weight of the private sector to achieve the SDGs”, said António Guterres, United Nations Secretary-General.

Launched in July 2000, the United Nations Global Compact is a strategic policy and advocacy initiative calling for the alignment of business operations and strategies with ten universal principles in the areas of human rights, labour, environment and anti-corruption, and motivates companies to integrate the SDGs into their core operations and funding activities.