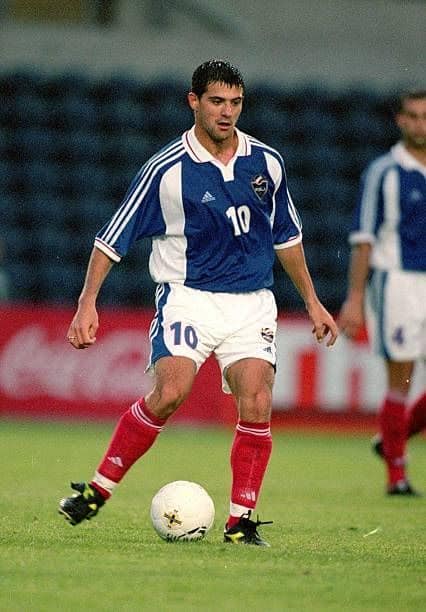 I was recently reading about the transition of Yugoslavia as a football team after the split of the Yugoslav states in the early 90’s.

The resultant war led to the cessation of Bosnia, Croatia, Slovenia, Albania and The Republic of Macedonia. The new republics formed their own football federations and teams.

Mostly players from Serbia and Montenegro made up the Yugoslav national team in the late 90s and early 2000’s. It was a team one would argue was one of the best generations of football though conflict and a short ban period from FIFA between 93-96 during wartime really stunted their potential .

Their players were the cream of the crop of European football. Some of them had come from the Uefa Champions League (UCL) winning Red Star Belgrade side of 1991. At one time it had the likes of Sinisa Mihajlovic arguably one of the best defenders in the world at the turn of the century, supremely talented midfielder Vladimir Jugovic, tricky winger Dejan Savicevic who made his name at Milan, Predag Mijatovic who scored the only goal to win Real Madrid the 98-99 UCL title.

They were considered favorites by some analysts for the 1998 world cup but faced a Round of 16 exit from a classy Dutch side who ended up finishing third at the tournament.

This seesaw in nationalities made Inter Milan legend Dejan Stankovic the only man to play for three different countries at four different world cups.