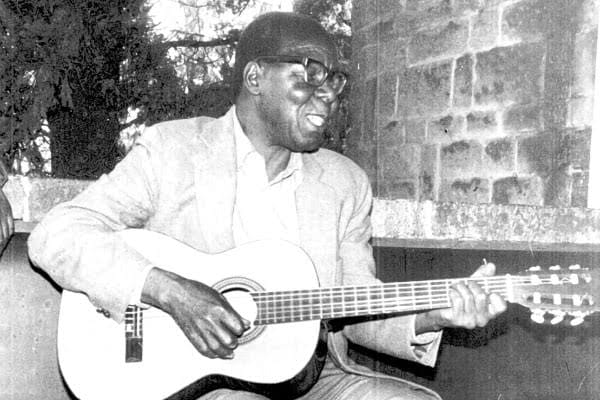 Their Unit entertained East African soldiers who fought for the British against the Japanese.

They had just come from successfully repelling the Japanese invasion of India and pushed them back through Burma .

They recorded the 10 songs at the Dum Dum studio in Calcutta in 1946.

Returning home to Kenya, he made some of the earliest recordings from the region, including the hits “Mama Sowera”, “Majengo Siendi Tena”, “Kipenzi Waniua Ua” and “Jambo Sigara”.

The Kilifi born Konde went on to be among the most renown musicians / producers in the region between 1946 – 1963.

Born on August 24th 1924 in Mwabayanyundo village, Kilifi County, he was one of the first popular performers from Kenya, and was said to be the first electric guitarist from East Africa.

He took a break before returning to the scene in the 80’s majoring in music production working with artists in Kenya, Tanzania and DR Congo before his eventual death on June 29th 2000 at his home in Kibera, Nairobi.

How to reward your team in tough times