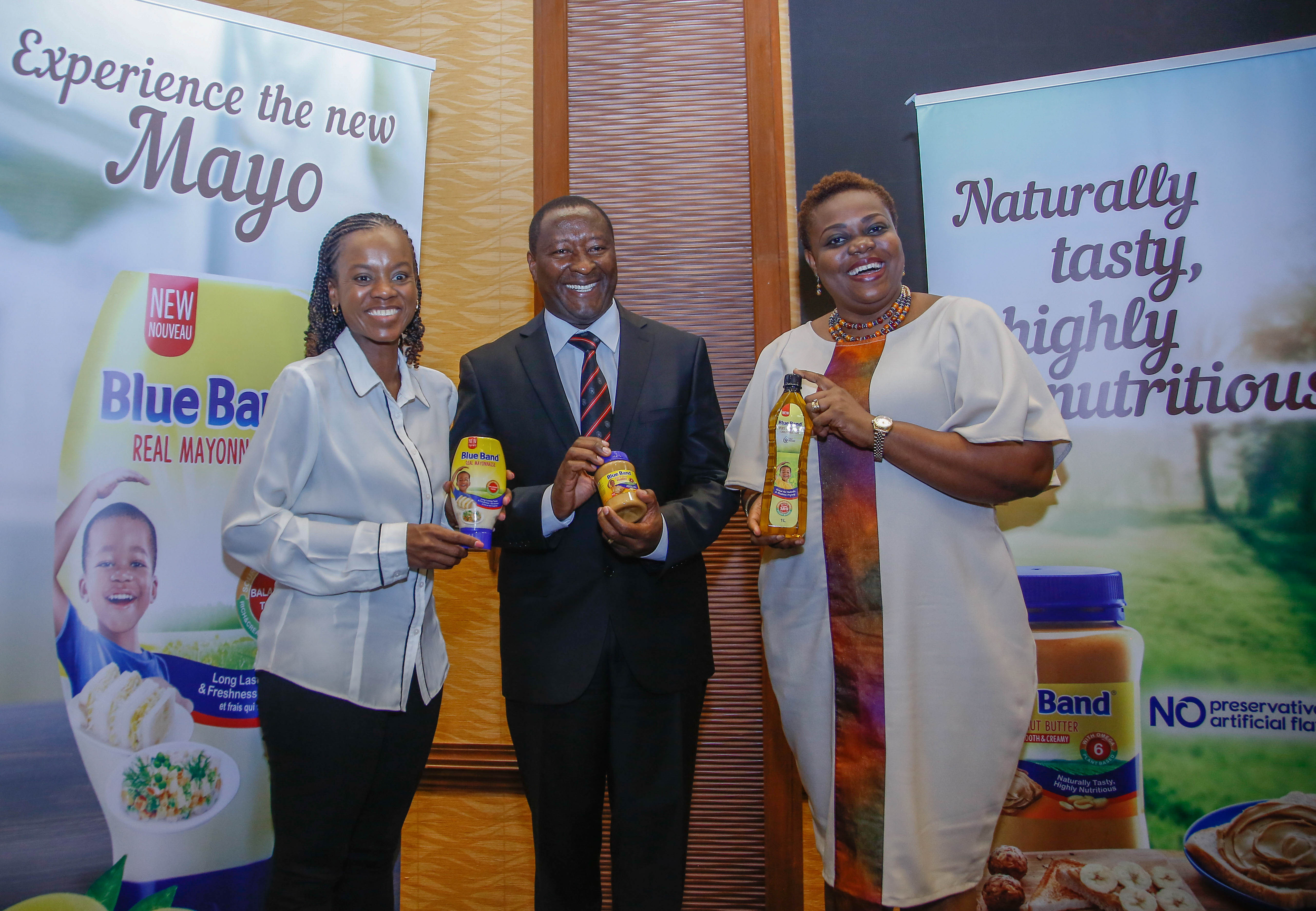 Blue Band has expanded its range of products to include peanut butter, mayonnaise and cooking oil, buoyed by the new owner seeking to stamp its authority in the market.

Upfield, the largest plant-based company in the world and the number one producer of plant-based spreads globally, officially announced its ownership of the Blue Band margarine spread while introducing a new portfolio of products in the Kenya market namely. The products are Blue Band Peanut Butter, Blue Band Real Mayonnaise and Blue Band Cold Pressed Canola oil.

Speaking during the launch, Upfield East & Southern Africa Managing Director, Peter Muchiri remarked that in 2018, Blue Band found a new home at Upfield where their purpose is to make people healthier and happier with nutritious and delicious, natural products. “Blue Band has been a trusted brand in the Kenyan market for over 65 years, and this expanded portfolio we have introduced provides more variety and choice to cater for our consumers’ identified, changing needs,” he said

The products launched include, Blue Band Peanut Butter, which is a plant-based peanut butter that is highly nutritious and delivers a rich nutty taste because it is made from 100 per cent natural peanuts. An addition to the spreads category, Blue Band Peanut Butter provides Omega 6 and is free from preservatives, colorants and other additives.

Blue Band Mayonnaise, the second product launched, is a premium condiment made with natural ingredients and a rich source of Omega 3 & 6, guaranteeing you long lasting freshness and natural taste to your meals.

The third product launched, Blue Band Cold Pressed Canola oil, is an edible oil made from 100 per cent canola seeds making it a rich source of Omega 3, 6 & 9, vitamin E and fortified with vitamin A. Grown at the foothills of Mt Kenya, it is obtained by cold pressing Rapeseed to get the oil out without any chemical or heat treatment. Possibly one of the healthiest and most versatile oils you will come across, it is cholesterol free, non-GMO and suitable for vegetarians.

Upfield currently purchases over 2000 tons of rape seed for its Blue Band Cold Press Canola oil from 3,400 Upfield accredited small scale farmers in Mt Kenya Region. This number is expected to increase to over 7000 farmers in the coming years as demand for Canola oil drives increased production.

The company has put in place a rigorous training and testing process to ensure that all the products adhere to the highest quality standards, making them good for their consumers.

As part of the innovation development process, Upfield has heavily invested in sourcing some of its raw materials locally. For instance, Canola oil is 100 per cent locally sustainably sourced from the slopes on Mt Kenya under a partnership with Agventure. This is a clear indication of Upfield’s long-term commitment to the development of the Kenyan agricultural value chain and the growth of the country’s economy.

Of all the markets where Upfield operates, Kenya is the first country to expand Blue Band into new categories. All the new innovations are expected to roll out across Africa, Middle East & Asia as well as other global markets like South America in the coming months.