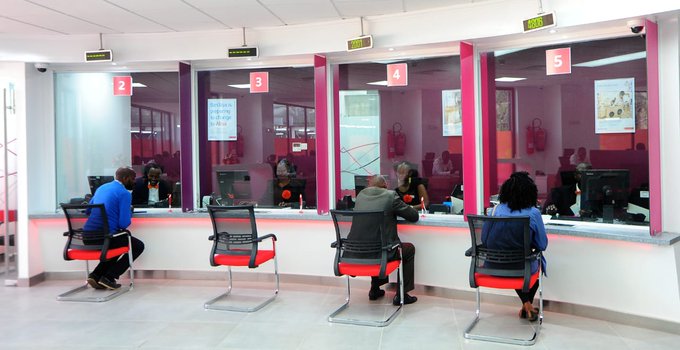 Barclays Bank of Kenya has started rebranding to Absa Group, a move that will be progressively change names and colors of its brand in the country.

Already in corporate events, it is identifying itself as Absa.

One of the rebranded branches is at Sarit center and the bank’s management says it has already adopted the new brand colors in 15 branches, with the plan to conclude at least half of the branches by end of the year.

The bank estimates the cost of the transition at sh910 million as of September this year.

Speaking on the transition, Tony Mulisa, Transition Programme Director at Barclays stated “We have 3, 200 employees 2, 500 of them on permanent contracts will the rest on contract basis. We intend to move with all our employees as well as our 5 head offices and 85 branches.”

“We had 166 different technology systems that we will be moving from UK to Africa, so far we are done with 85 per cent systems transfer without customer disruption,” Tony Mulisa, added.

Absa was originally an acronym for Amalgamated Banks of South Africa.

It was formed in 1991 through the merger of several South African banks including Volkskas Bank, a financial services conglomerate founded in the 1930s to mobilize the economic power of Afrikaners, white South Africans of mainly Dutch descent who ruled under apartheid.