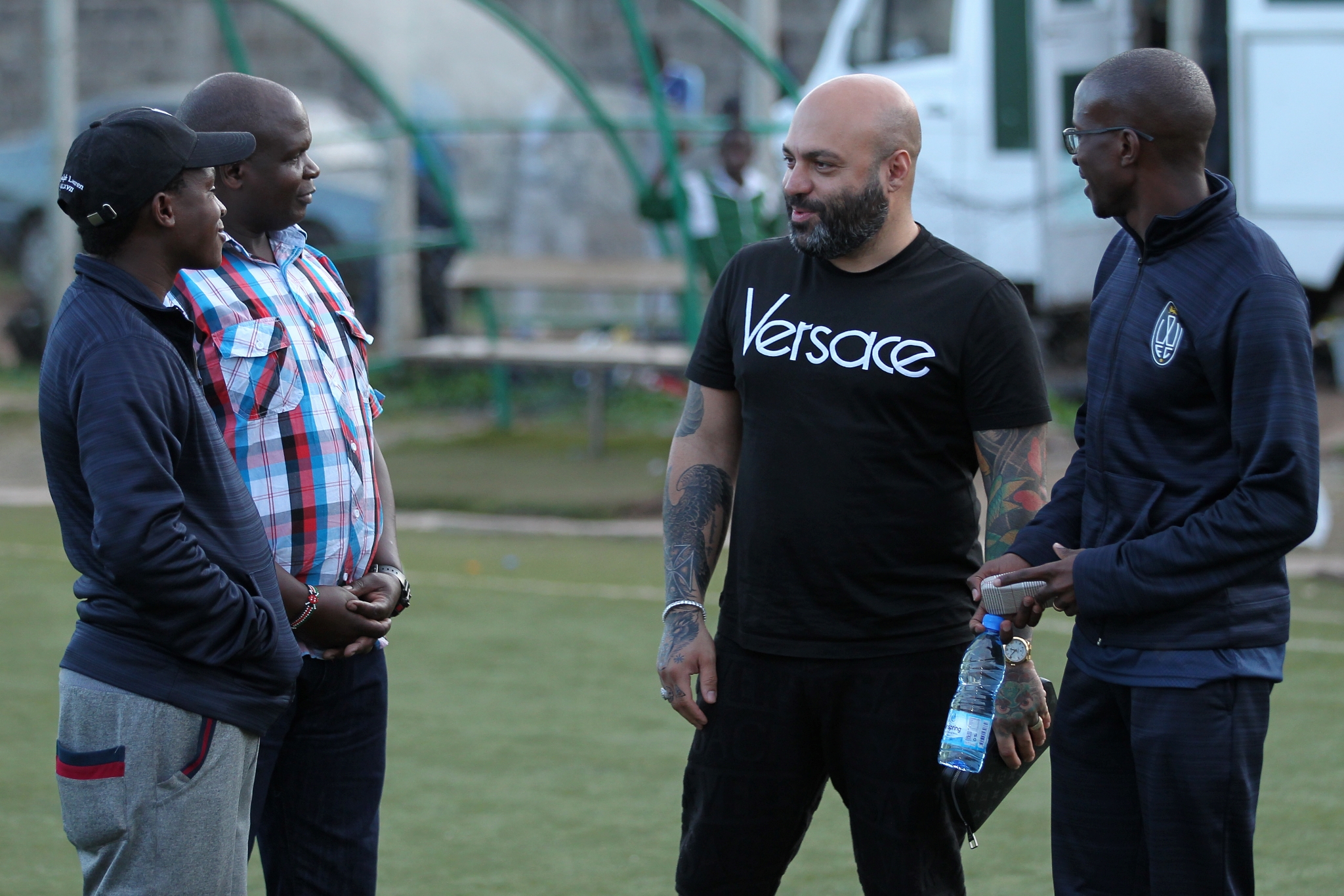 The Dubai Based investor who in July bought a 16 per cent stake in Sumac Microfinance Bank is increasing his interests in the East African Region.

Last week, the Central Bank of Tanzania approved his acquisition of 23 per cent stake in Hakika Microfinance Bank.

A cigar lover who also founded and runs his own cryptocurrency firm Aidos Kuneen is interested in listing it on the Nairobi Securities Exchange (NSE).

Through his investment arm Badoer Investments, Ricardo hopes to tap into the visibility of football to grow his business portfolio.

At Wazito, he started supporting the club three months into the end of last season, in a bid to help the team avoid relegation. He paid salaries and catered for logistical costs, but this was insufficient to help the team remain in the Kenya Premier League (KPL).

At the time, the Wazito FC jerseys were branded Sumac, where he pumped in sh100M. However, this season, the jerseys will be branded Badoer Investments. The club’s website already has this branding, which he is pivoting to grow the brand.

While the information on the acquisition of Wazito remains scanty, he showed intent on buying 70 per cent. He is currently supporting them and funded the transfer window, which enabled the club buy quality players in time to fend off competition from other clubs.

But this full acquisition is subject to the team getting back to the Premier League next season. This season ends in May, a short but competitive period. For Wazito, they have invested in depth, ensuring they sign 30 players, including four goal keepers.

One of the recent signings, former Gor Mahia defensive midfielders Teddy Osok caused jitters among football fanatics as he is perceived to be of superior quality, not worthy of playing in the National Super League. But Gor Mahia which sold him, he signed a three-year deal, were reluctant to give him long term contract and playing time, sending him to loan spells at KCB and Sofapaka.

Teddy would have an immediate impact, coming in as a second half substitute in last Sunday’s match to score a screamer, which helped Wazito secure maximum points.

Ricardo Badoer is active on Twitter, @Donrico77, where he actively engages on cryptocurrency and football. He also uses his handle to update his investment moves and updates.

Through Wazito, he hopes to take his brand to continental level by challenging the team to win the SportPesa Shield Cup, which will allow them to play against other teams on the continent. Last season, Kariobango Sharks won the cup and has currently secured a spot in the second leg, having beaten Djibouti’s Arta Solar FC both home and away.

By investment in micro lender Sumac, he hopes to also place the bank as an offshore banking entity, to tap into global investments and opportunities. Offshore banking is associated with low taxation regimes, sometimes criticized for denying governments much needed revenues.

Ricardo’s majority stake acquisition of Business Today is meant to get him into the media space, enabling him to play a role in creating narratives of his businesses in the region. Confirming the majority stake acquisition, Business Today owner Luke Mulunda said the acquisition will help them grow the business. “We want to play a major role in the business news setting in this region and we are happy with this investment,” he noted.

Luke founded Business Today in 2012 after he left nation media where he had worked for six years as a business editor for Nation newspaper. The site covers a niche in the digital space on covering companies, economy and media.

Wazito was founded in 2011 by alumni of University of Nairobi and played through the lower leagues to where it is today.