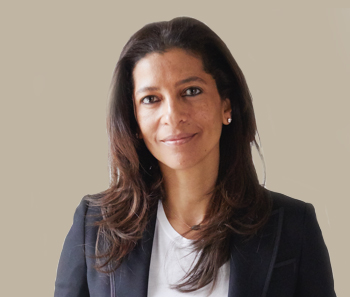 News that former powerful Ministers’ Nicholas Biwott daughter Rita Field-Marsham has disclaimed her inheritance has reopened the lid on one of Kenya’s most secretive politicians. According to news reports, she declined the inheritance but did not give reasons.

Ms. Rita Field-Marsham, described as a lawyer and humanitarian based in Canada, is one of the two daughters of Johanna, a woman of Dutch origin, who married Mr. Biwott in 1965. Her sister is Rhoda Jakobsoon.

Information from online searches sheds light into the life, and perhaps reasons why she declined the inheritance. Rita is married to a Canadian businessman, Charles Field-Marsham whom they met at McGill University while both were undertaking their undergraduate studies. As an undergraduate in Economics and Political Science, Charles would become a core part of Nicholas Biwott’s life, allegedly controlling several of Biwott’s businesses while also building his own empires.

In a controversial Kroll report leaked by Wikileaks, unnamed sources were quoted as alleging Charles’ involvement in Biwott’s business from Yaya Center to Lima Limited, Pete Aviation and Electronic limited as well as a percentage in HZ Group of companies. Records, however, do not support these allegations and show that Charles did not have an ownership stake or a management or board position in the HZ companies.

From 1991 to 1992 Charles worked in the investment banking division of  Credit Suisse First Boston Bank in New York, the company whose commercial lending business in Switzerland had a decade earlier been a key financier for some of Biwott’s companies. The Kroll report states that Biwott and his business associate Gad Zeevi used credit Suisse in Geneva and Citibank in Zurich to secure a $12 million credit from Credit Suisse which gave a guarantee to Citibank Nairobi, the principal lender to HZ, Kenol and Kobil. By the late 1980s this debt had ended up in loan disputes between the bank and these companies.

From 1993 to 2003 Charles Field-Marsham lived in Kenya with his Kenyan wife Rita, during which time he established and acquired several companies. When Charles Field-Marsham established his two of out three businesses in Kenya, Biwott was not in government and had not been from 1991. In 1997 Charles established his third business, the same year Biwott returned to Cabinet as Kenya’s Minister of State in the Office of the President in charge of East Africa. Biwott became Minister of East African and Regional Co-operation from 1998 to 99 and his last post in government was Minister of Trade and Industry from 1999 to 2001.

He founded Kestrel Capital in 1995. The stock brokerage company’s foreign client base covers Europe, USA, South America, Asia, Mideast, Southern Africa and West Africa. Kestrel is involved in trading for “blue chip” companies in Kenya such as East African Breweries, Kenya Airways and Barclays Bank of Kenya. Over the years, Kestrel has received several awards from Euromoney magazine as the “Best Stockbroker in Kenya”.

Charles bought Kenya Fluorspar Company and its 9,000-acre mine in Kerio Valley in 1996. The government had advertised for bids which he was the only bidder at a time when it was insolvent. Worth, sh4.5 billion at its height, it produced fluorite, the mineral key to refrigeration. It was privatized under the terms of government reform policy.

Company records further show that in 2005, production was valued at $14 million (Sh1.4 billion), with most of its products being exported to international markets in Europe and India. The fluorspar company, the only mining company in Elgeyo Marakwet County, increased its total capacity to 130,000 tonnes of fluorite annually from 121,000 tonnes in 2011.

But it suspended operations in April 30, 2016, citing low demand for fluorspar mineral resulted in poor prices at the international market, and this drove the company into suspending its activities after profits shrunk.

To his credit, he gradually turned it around over 21 years. The 9,000 mining land area in Kerio valley was leased from the Government on a fixed term of 21 years ending in 2017.

Charles also set up the Panafrican Group in 1997, importing Komatsu industrial equipment and selling across Africa. The company grew rapidly by supplying equipment to the emerging mining operations across Africa. With offices in Kenya, Uganda and Tanzania, Panafrican has been the authorized construction equipment and heavy machinery dealer of Komatsu, Sakai and Mack equipment.

In 2006, Charles Field-Marsham returned to Toronto and founded Kestrel Capital Management Capital (KCMC), the company provides investment consultancy services to his interests outside of Canada.

However, he has retained his businesses in Kenya and continues to be active both with work and charity endeavors.

Perhaps informed by the existing immense wealth her husband has made, Rita Field-Marsham does not feel she needs more money by inheriting from the former powerful Minister.