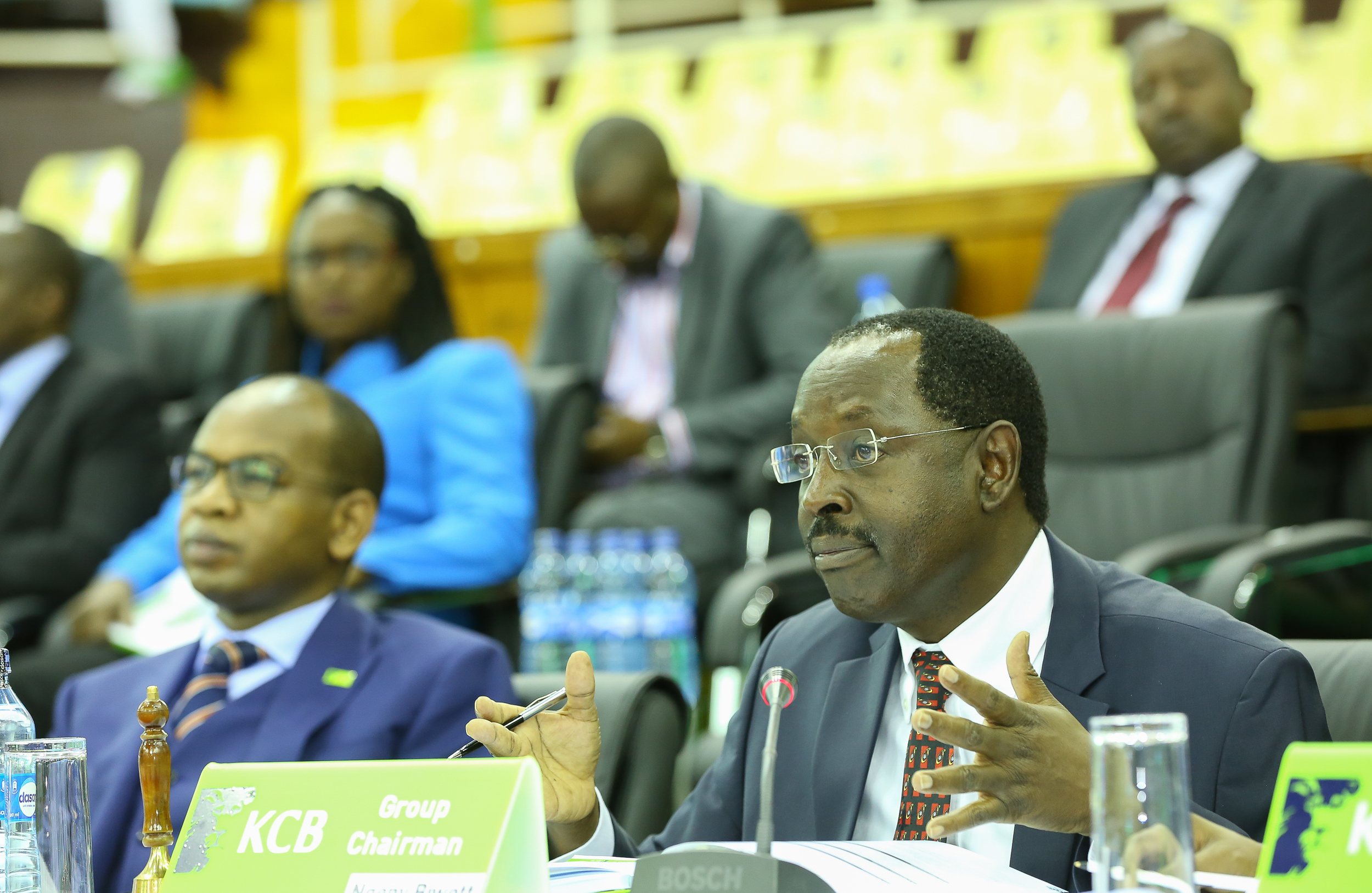 KCB Group shareholders approved a 50 per cent increase in dividend pay-out on the back of the lender’s good performance last year.

The Bank reported a pre-tax profit of sh29.1 billion in 2016, compared to the previous year’s sh26.5 billion the previous year, a 10 per cent increase. The bank attributed the increase to growth in the loan book, focused investments, cost containment, and positive developments in the mobile banking space.

KCB Group Chairman Ngeny Biwott said that the increased payout is a confirmation that the bank is continually building a sustainable business that is focused on giving value to customers and shareholders. He underlined the Bank’s impressive growth story in light of various unpredictable events that rocked the banking industry especially the interest rate capping and a challenging operating environment in South Sudan.

“We expect the effects of the interest rate regime to be felt fully in 2017, though, once again, our continued investment in financial technology is expected to absorb some of the anticipated slowdown in earnings from the other products,” said Mr. Biwott.

The Bank said it was projecting improved performance in the coming years, riding on significant investments in financial technology. “KCB has been making significant advancement in technologies having acquired over 10 million customers on its mobile platform either directly or through partnerships over the past 5 years. We are deepening this focus this year and beyond to continually build a strong and sustainable brand,” said KCB Group CEO and MD Joshua Oigara.

During the year, non-branch channel systems — Mbenki, KCB M-PESA, Mobi payments — accounted for 77 per cent of total transactions in 2016. Since inception of the flagship KCB Mpesa in March 2015, the Bank has disbursed over sh16.5 billion in loans to over 7.8 million customers, instantly on their mobile phones. Over 90 per cent of total loans processed in the year were performed on mobile phones.