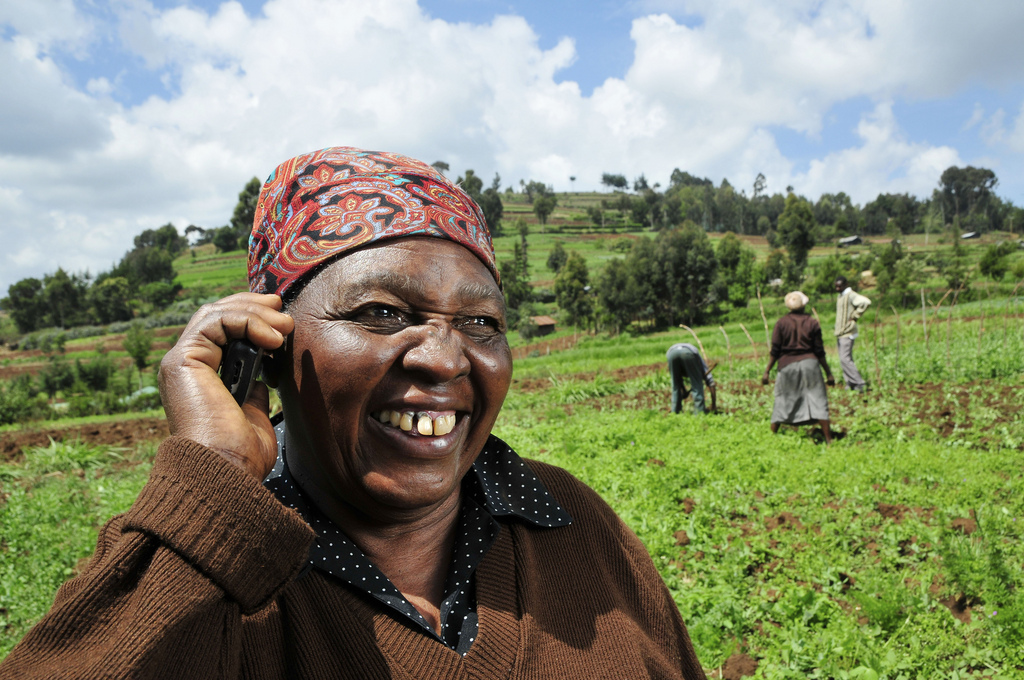 Janet, a second hand cloth dealer at Nairobi’s Gikomba market would rather communicate with her suppliers through social media than calling them on her mobile phone

She told Dhahabu Kenya that a 5 mega byte bundle retailing at Sh5 enables her chat throughout the day a departure from the past where such talk time would have cost her Sh5760 worth of calling credit given that an average call rate by mobile phone networks in Kenya is Sh4 per minute.

The introduction of low cost android mobile phones and availability of free communication applications like whatsapp, Instagram Facebook and Twitter, has meant that traders can conveniently communicate with their customers at near nil cost

Gladys Mukei, another second hand cloth dealer at the market explained that while in Uganda where she buys most of her stock, she normally relies on social media services like Facebook, Whatsapp and Twitter to communicate to her clients and business associates back in Nairobi for fear of prohibitive roaming charges.

” Most of them fear picking my calls since they fear being charged,” she revealed

Currently, a call to Uganda from Kenya for instance costs at least Sh7.62 per minute on Safaricom, the same amount that can enough to buy bundles to chat on Facebook and Whatsapp for more than 24 hours.

This means, communication via social media channels like Facebook, Twitter and whatsapp are a thousand times cheaper than call in tariffs which are twice expensive when calling internationally, courtesy of roaming charges

Jared Rageru, a Financial Expert and the Founder of Simex Telecommunications, electronics supply chain with branches in Nairobi and Kampala termed social media as ‘heavenly sent’

He explained that apart from lowering communication costs, it provides a fertile marketing ground that has seen his business expand two folds after 18 months. ‘I got a Facebook page and a Whatsapp group specifically for business.

I engage my clients, market my merchandise and expands my social network at a lesser fee, thanks to Internet bundle subscription provided by all mobile networks in the region,” said Rageru.

He however cautions business operators to balance their time on those sites effectively since they are addictive. ” Stick to your target and control your time on social media lest it eats into business time,” said the expert.

A Forbes report on effects of social media on business dubbed ‘is social media bad for your business’ indicates that although it has an amplifying effect on business, it must be used with precision especially on messages coded and encoded and with minimum time possible.