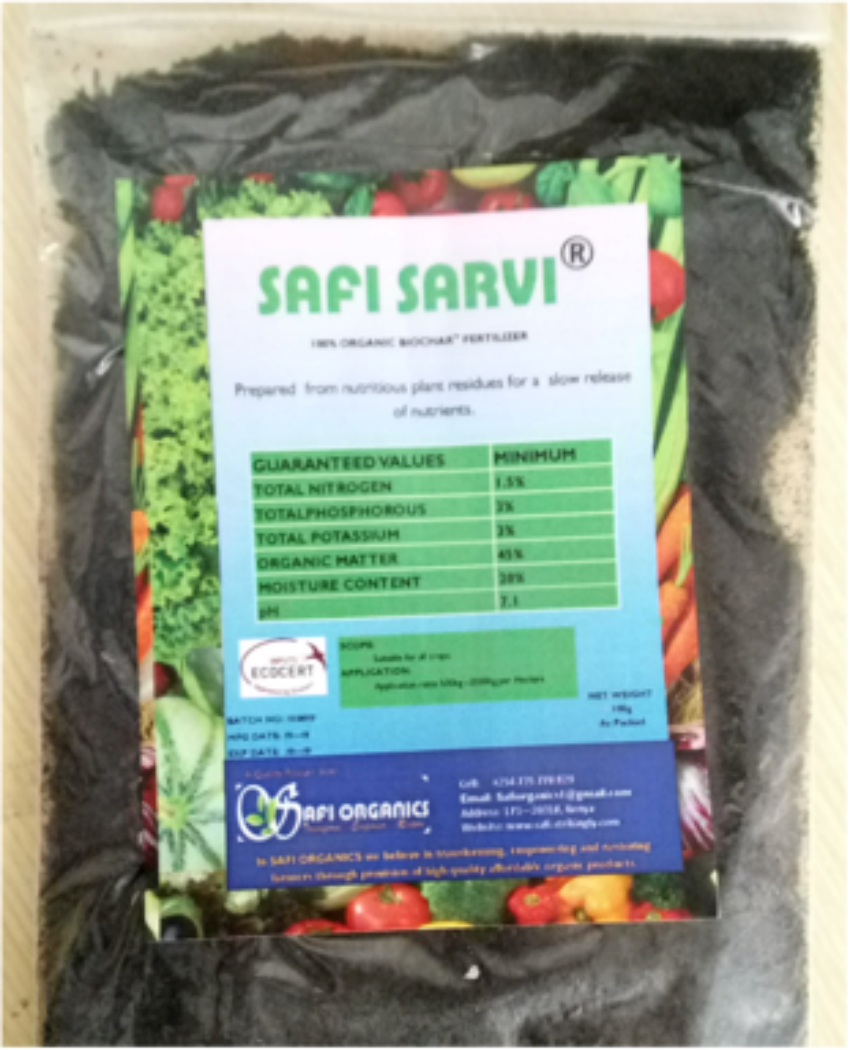 Kenyan organic fertiliser company Safi Sarvi Organics is among 10 nominees from across the continent likely to be rewarded for their ingenuity and hard work. The Innovation Prize for Africa (IPA) is a landmark programme meant to support African ingenuity. This year showcases breakthroughs in malaria and other public health burdens, smart solutions for farmers and dynamic power initiatives

Now celebrating its 5th year under the theme “Made in Africa”, IPA is the premier innovation initiative in the African continent, offering a grand share prize of US$150 000 and incentives to spur growth and prosperity in Africa through home-grown solutions.

“In the past five years, I’ve seen innovation grow from a mere buzzword to a sturdy path for African growth in multi-disciplinary industries across the continent. As Africans, we have the talent, potential and clout to solve our own problems with ingenuity too, and IPA is testimony of this,”

said Pauline Mujawamariya Koelbl, IPA Director at the helm of this initiative since its launch in 2011.

Listed as a smart farming solution company in the nominee list, Safi Sarvi Organics is a low-cost fertilizer made from purely organic products and waste from farm harvests, designed to improve yields for farmers by up to 30 per cent. The fertilizer is informed by Rural farmers in most sub-Saharan Africa who pay huge costs for fertilizer, which is often produced abroad and imported. Owing to such high costs farmers can only afford the cheap, synthetic, and acidulated fertilizer varieties.

In many areas where the soil is inherently acidic, use of acidulated fertilizers can lead to long-term soil degradation and yield loss, at about four percent per year. Safi Sarvi costs the same as traditional fertilizers, can reverse farmers’ soil degradation and lead to improved yield and income. The product uses biochar-based fertilizer which can counteract soil acidity, retaining nutrients and moisture in the soil. Additionally, the carbon-rich fertilizer removes carbon from the atmosphere by at least 2.2 tons of carbon dioxide equivalent per acre of farm per year.

Walter Fust, Chairman of the AIF Board was impressed by the level of submissions for IPA 2016:

“As we celebrate the five year IPA journey, our mission to engage, inspire and transform is evident in the IPA process – from the growing registrations, to the level of talent and ingenuity we see in the nominees, as well as the enthusiasm from our expert judges in seeing these innovations at work to solve some of Africa’s intractable challenges. Now while we await announcement of the winner, we call on all innovation enablers to join hands with us to unlock the potential of these nominees.”

AIF will host the IPA 2016: Made in Africa awards ceremony and its first ever Innovation Ecosystems Connector on 22 and 23 June 2016 in Gaborone, Botswana. This premier innovation event has been endorsed by H.E. Lieutenant General Seretse Khama Ian Khama, the President of Botswana, who will preside at the Awards Ceremony.

Majority of Kenyans cannot store food until the next harvest