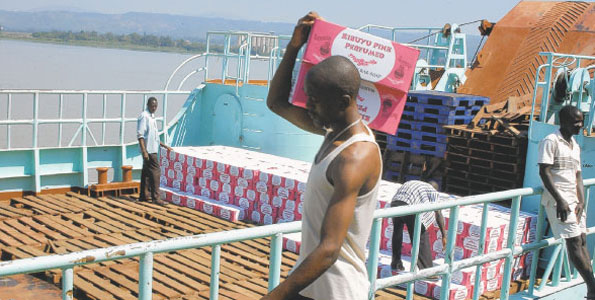 Kenya and its neighbors Tanzania, Uganda and Rwanda have fully embraced the Electronic Single Window System and are now effectively coordinating in cargo clearance and tracking.

The system facilitates exchange of data among the East African Community (EAC) countries. It is supported by the tracking system that monitors cargo from their check-off point to destination point, avoiding dumping and theft.

Kenya, Uganda, Burundi, Rwanda South Sudan and Tanzania are all expected to adopt to the system that harmonizes border control.

The countries have to align their custom clearance systems to the new electronic platform, enabling seamless operations. The result is now faster and efficient trade, improved business environment and the introduction of paperless cargo clearance.

“The time within which it takes to clear goods has reduced tremendously. At the central corridor, it now takes 3 days, down from the 18 days while in the northern corridor, there is a significant reduction from 21 days to 5 days,”

He remarked that campaigns to ensure realization of cargo clearance system had duly paid off. He affirmed that for instance,

“Those visiting the Port of Mombasa will witness revenue officials from the rest of the Partner States clearing goods.”

According to TradeMark East Africa, a charter signed by President Uhuru Kenyatta dictates that all port community members’ systems be integrated into the Kenya National Electronic Single Window System by December 2014.

The charter also directed that Kenya Revenue Authority must work on a model transforming Mombasa port into a high-performance landlord port through a network of road, rail and pipeline.

The system has an inbuilt intelligence that enables traders who depend on East Africa’s economic gateway sea Port of Mombasa, airports and land border posts to track, clear and move their goods across borders efficiently.

“This will enhance transparency, accountability, governance and competitiveness while at the same time improving revenue collection,” he said on a phone conversation.

Rwanda which was among the first countries to set up the Electronic Single Window System, noted that so far, the results are impressive.

The Electronic Single Window report launched by Rwanda’s Commissioner General Richard Tusabe
shows that the system is aligned with the Rwandan vision 2020 which focuses on private sector driven economy.

Mr. Tusabe noted that this is because the system relies on data collected within a knowledge based economy in order to transform the country into a middle income economy.

Commissioner General Tusabe further said that the system has resulted to a substantial reduction in customs clearance time and other direct and indirect costs associated with cross border trade across EAC.

The system has contributed to efficient collection of import duties and taxes. In the first quarter of the fiscal year 2015/2016 for instance, the collection went up by a massive 111 per cent.

Richard Kamajugo Trade Mark East Africa’s senior director trade environment said,  “It improves the effectiveness and efficiency of the country and trigger as a good name as an attractive destination for investment.”