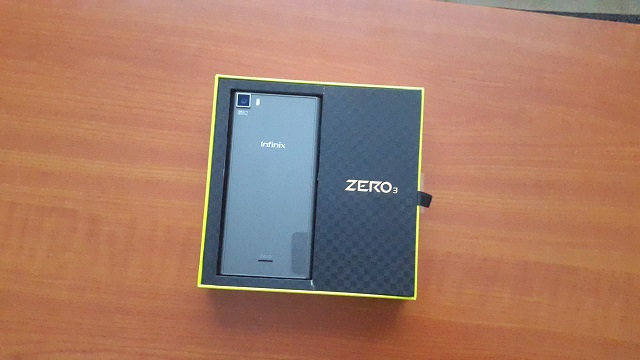 In the recent two years, Infinix has impressed consumers with devices. Affordability, class and good battery life have been their hallmark selling points. The Zero 3 X552, which is the successor to the Zero 2, is no different. It is better in some ways but mostly the same in others.

I had a chance to review and here are my thoughts on it. 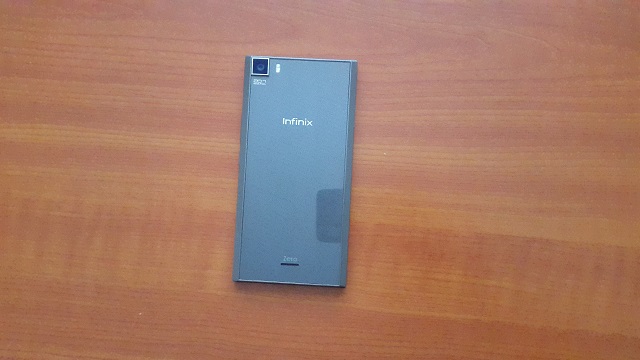 On the front, it has a 5.5 inch screen, a 5 Megapixels front camera and a light to power the camera. On the right side of the phone, there’s a memory card slot that is opened with the pin that comes with the phone. Below it are the two volume buttons and the power button. On the left side of the phone is the SIM card port which can holds two micro SIM cards. It is also opened using a pin.

The back has a non-removable battery, a 20.7 Megapixels camera and flash.

Out of the Box 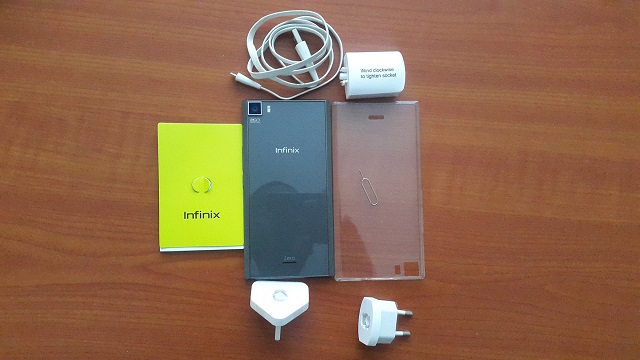 Surprisingly, no earphones. This is a sad thing though! 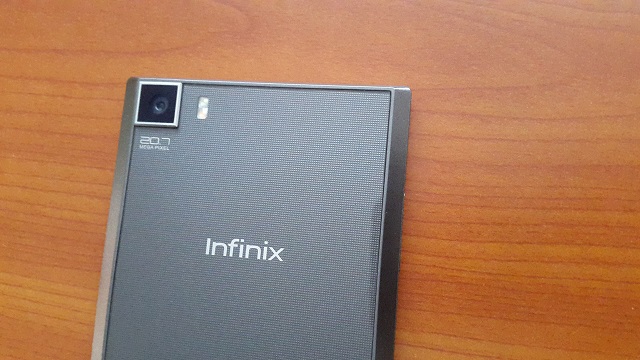 The phone comes with a 20.7 Megapixel back camera with flash. It is pretty impressive and the photos are captured in high resolution at 6144 x 3456 Pixels by default. This can be changed to as low as 2560 x 1920 pixels.

It has features such as:

The front camera has 5 Megapixels at 3072 x 1728 pixels and a light that can be activated in low light environments. 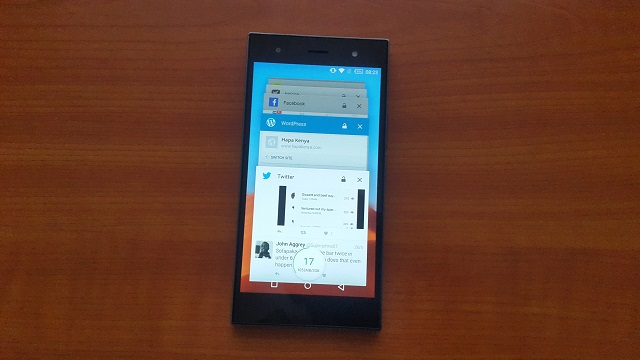 The Zero 2 comes with a Li-ion 3030 mAh non-removable battery. It lasts about 8 hours with heavy use and about 16 hours when used minimally.

The Zero 3 comes with a 2.2 GHz 64-bit Octa-core MediaTek MT6795 Helio X10 processor. It also comes with 3GB RAM. The RAM and the processor combine very well to make the phone run smoothly. I found that it is possible to run 17 apps concurrently without the phone breaking a sweat.

It also works well with heavy apps. My test with games and video, including streaming with Netflix was seamless.

The phone comes with 16GB internal storage which is expandable via MicroSD.

It comes with Android 5.1 Lollipop operating system overlaid with an extra OS, the XUI.

The design of this unlike in the Zero 2 is not very good and its operation is not seamless. Another disadvantage is that one is not able to navigate directly to notifications from a locked screen.

The phone is Dual-SIM and both of them are Micro-SIM. They can both work at the same time.

The Zero 3 is a 4G device. It works pretty well with Safaricom 4G and on 3G as well. I tested with both Safaricom and Airtel and the calls on both networks were very clear. Internet on the phone is good but it works better with WiFi.

The phone comes with 1 year warranty. Support and service is available via Carlcare service centres.

As with other Infinix phones, this one comes pre-loaded with some apps like Google apps (Gmail, Google Play etc), Whatsapp, Facebook, Swiftkey and some games.

You can take a screenshot with the phone by pressing the volume down key together with the power key. This applies to all the previous models of Infinix as well that were released this year. The screenshots are stored your phone storage under pictures.

For that price and with the features it has, this phone is pretty good. I would definitely recommend for those who want to upgrade from an entry level smartphone. This phone is also the best one Infinix has brought to the market so far.